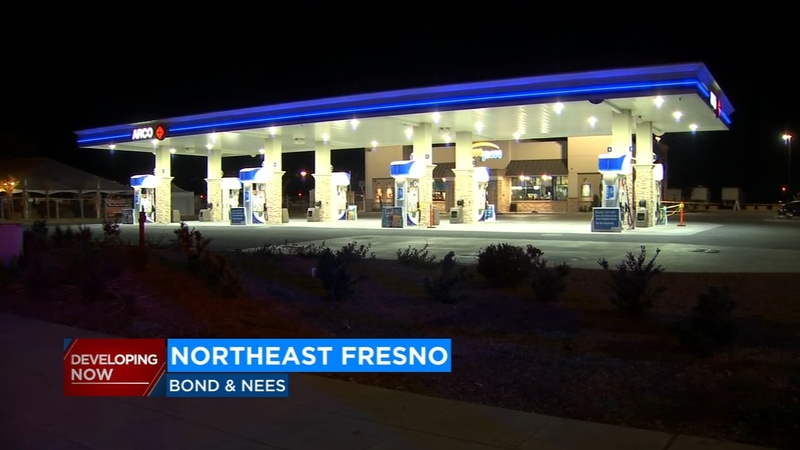 FRESNO, Calif. (KFSN) -- An investigation is underway after two people were shot in Northeast Fresno.

It happened just after 2 a.m. on Wednesday at the Arco AM/PM gas station on Nees and Bond.

Police say employees were trying to close, but a male customer who was drunk, refused to leave.

The owner pulled out a gun and the customer attempted to take it away.

"The store closes at 2 o'clock and this subject was refusing to leave. During that time, some type of disturbance and that's when the struggle occurred and the shooting happened," said Lieutenant Gerardo Chamalbide, Fresno Police Department.

During the scuffle, the weapon fired one shot injuring both the security guard and the clerk.

One was hit in the lower body another in the arm

Both victims were transported to the hospital where they're expected to make a full recovery.

The suspect left the scene and was found nearby.

He has been detained.