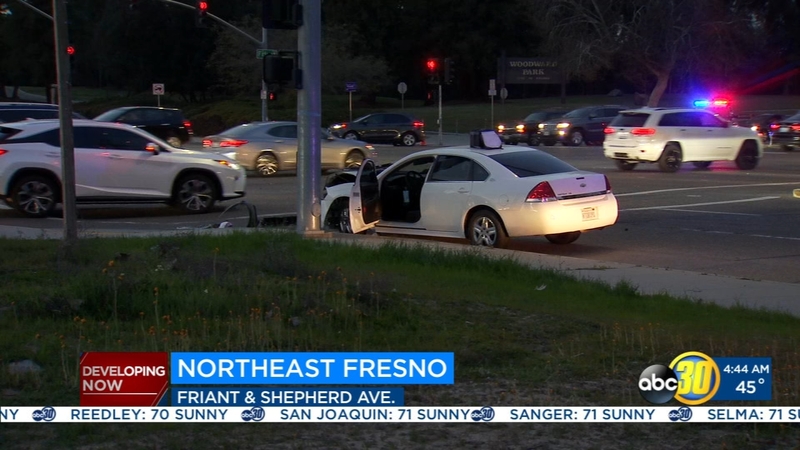 FRESNO, Calif. (KFSN) -- A driver was arrested after a road rage incident in northeast Fresno ended in gunfire on Wednesday.

Fresno police officers were called to Friant Road and Shepherd Avenue just before 2:30 pm because of a conflict between two drivers.

Investigators believe the argument escalated, and one of the drivers shot at the other.

The bullets shattered the driver's window but did not hit the person inside.

The shooter drove off but was hit by another vehicle while trying to get away.