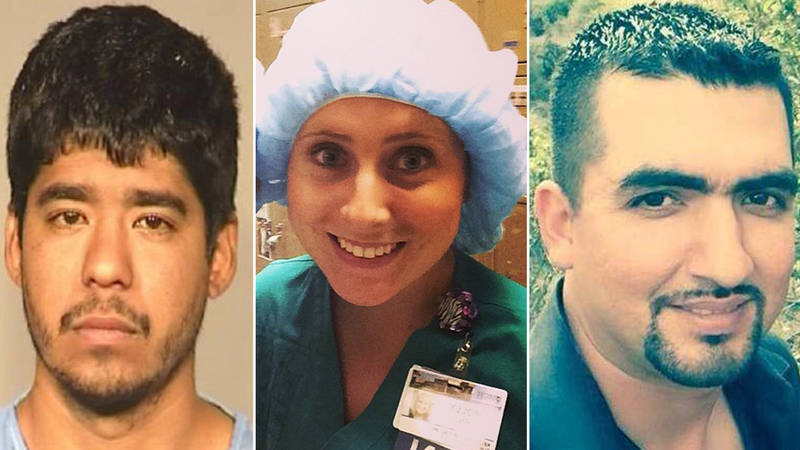 Images of two mangled cars in the middle of the Northeast Fresno intersection are a reminder of lives lost to drunk driving. Fresno police say 23-year-old Hector Castillo-Pichardo plowed through the street. He smashed into an SUV, according to witnesses, killing the driver and critically hurting her passenger.

Police say the suspect also killed his own passenger, 32-year-old Oscar Felix. Friends of the victim say Felix leaves behind three young children and a wife.

The driver of the SUV is identified as 23-year-old Molly Griffin. Police say she was making a turn when Castillo-Pichardo ran a red light and crashed into her car. She was a nurse at Madera Community Hospital and according to Facebook graduated from Fresno Christian High School.

Pastor Shawn Beaty of Clovis Hills Community Church consoled Griffin's family Sunday afternoon and says the family is relying on their faith to get through this tough time.

"Even in the midst of such a tragic thing, a horrible thing, that there's redemption that good can still come from something terrible. It won't take away, but there will still be good; something will come from her life and her death even," said Beaty.

He said Griffin's family and the church are currently working on memorial services. During this difficult time Beaty said the family isn't angry at the man police say is responsible for their loss but are instead hoping for Griffin's death to have meaning.

"There wasn't a grudge. It was a terrible thing he did, but there was no anger that way. Just an incredible family," said Beaty.

Police said the passenger in Griffin's car is still in critical condition.

Meanwhile, Castillo-Pichardo is facing charges of vehicular manslaughter, DUI and driving without a license. The suspect only had minor injuries. He was arrested and booked into the Fresno County Jail.