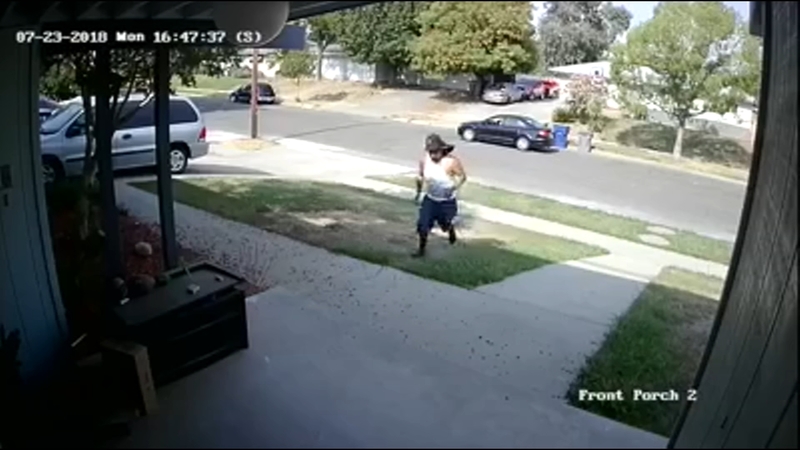 FRESNO, Calif. (KFSN) -- He apparently had no idea he was on camera when he sprang from a car and ran to the porch.

A homeowner in Northwest Fresno checked their recording and spotted the crime happening on their front porch surveillance camera at 4:47 p.m. Monday afternoon.

The incident happened near the intersection of Bengston and Alamos. The homeowner said he'd ordered some perfume from Sephora for his wife's birthday.

The man in the video is wearing shorts, a white tank top, and something covering his head. After he grabs the package off the porch he starts running back to the waiting car. As he approaches the curb he stumbles after his head disguise flies into the street.

He's then seen casually picking up his makeshift disguise, and another object before hopping into the back seat of the car with the package.

The driver of the car cannot be seen in the video.

The homeowner shared this video with Action News in the hopes someone would recognize the suspect, or warn their fellow neighbors about keeping their packages safe.

Sephora is sending the homeowner another shipment in the next couple of days to replace what was stolen.
Report a correction or typo
Related topics:
fresnotheftporch piratefresnosurveillance video
Copyright © 2021 KFSN-TV. All Rights Reserved.
FRESNO 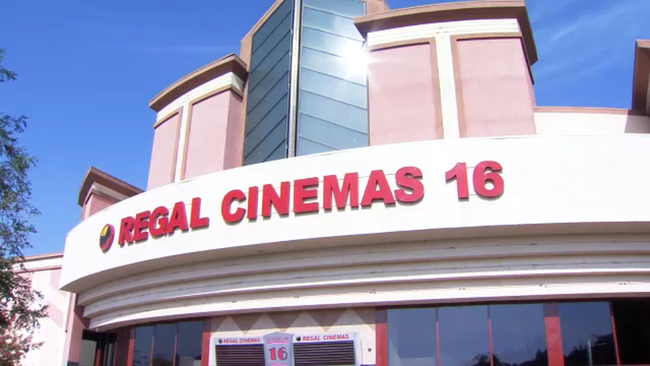 Regal Cinemas at Fresno's River Park to reopen May 14 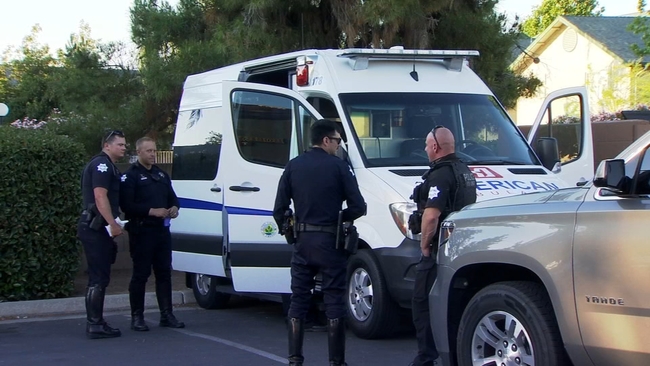 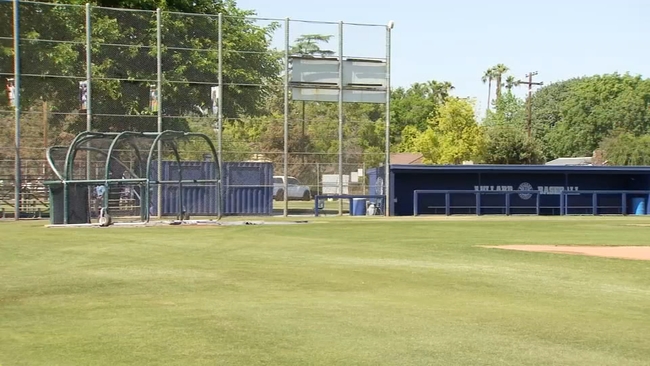