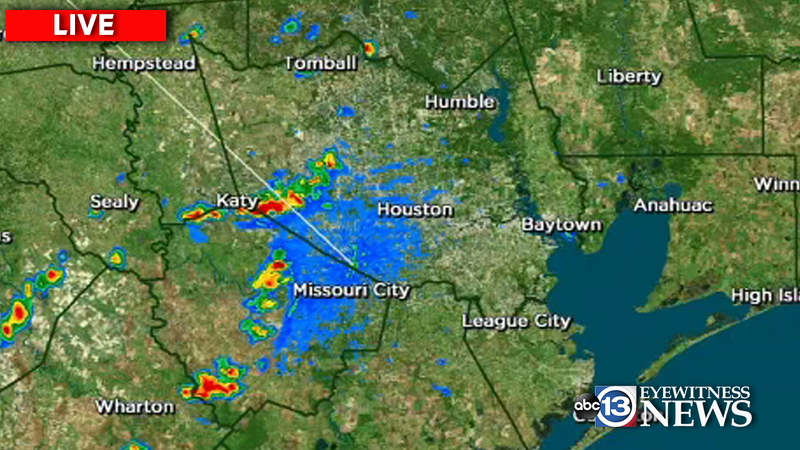 PORT ARTHUR, Texas -- Floodwater rose quickly in Port Arthur, after Tropical Storm Harvey took a second swing at the Gulf Coast. Among the victims, a nursing home full of residents who needed to be evacuated.

With water filling the building, residents on beds and in wheelchairs were in harm's way at the Lake Arthur Nursing home.

A Port Arthur police officer told Eyewitness News that they were flagged down by a concerned boater after a disturbance broke out at the facility as relatives tried to remove patients during the flooding.

"Tensions were at a very high level at this facility," the officer said.

As many as 74 patients may have been in the flooded facility.

A woman who works nights at the facility rushed to assist.

"I was at home watching television. I saw this on TV and I couldn't believe they were still here! So I waded through the water and somebody gave me a ride on the boat to get down here. This just breaks my heart," she said through tears. "I just love them. They don't deserve this. ... I've never seen this much water."

About 30 patients have been estimated to have been rescued so far. Some were taken out by family members.

EMS crews have been summoned to remove the rest of the patients safely. Oxygen tanks and medical needs as well as paperwork for patients complicated the evacuation.

The officer said every nurse has been accounted for as they continue to assist residents.