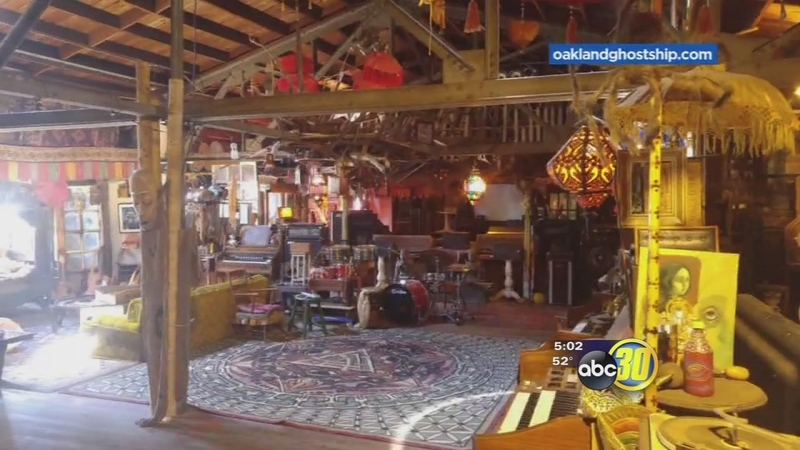 OAKLAND, Calif. (KFSN) -- Shelley Mack lived in Fresno before moving to Oakland. For almost half a year, she lived inside the warehouse that burst into flames late Friday, killing at least 36 people.

That former Central Valley resident says she had no idea when she moved into the warehouse in 2014 that it was not zoned for residential living.

"I'm shocked by the number of people that had to die, but I'm not shocked that it happened," she explained.

Mack tells Action News she knows about the conditions of the building because she lived there for five months.

"There were propane tanks over the bathroom in the front entrance and propane tanks to heat the showers and upstairs," she explained. "You literally had to step over garbage and junk and wires and transformers and electrical equipment and generators while you were there."

When complaints were made, Mack says the people who managed the building threatened to kick them out. However, she does admit they did provide tenants with a key chain flashlight when the power went out for days.

"This is what they gave us when the transformers blew. So we could get around so we could see at night because it was dark and there was no heat," Mack said holding the flashlight. "You had to walk around a lot of really dangerous things in there."

It was being inspected by Oakland's planning and building department just three weeks before the fire after a neighbor complained about, "A ton of garbage piling up on the property." And that the "main building was remodeled for residential. The change causes our neighborhood (to) look very bad and creates a health issue."

While Mack says the person who ran the place, Derek Ion, is to blame for what happened. She also noted the city's housing crisis played a role in too.

"That's why people stayed there," she said. "That's why I stayed there longer than I wanted, because where are you going to get $700 rent, you know, nowhere"

Mack says when there would be events here the people who ran the warehouse would often block off certain exit points to prevent people from tripping and falling over uncovered cords.