KFSN
By Nathalie Granda
FRESNO, Calif. (KFSN) -- It only took moments for Obdulia Sanchez to go into the courtroom and enter a not guilty plea to new charges.

Sanchez already faced several DUI and vehicular manslaughter charges after live streaming the car crash that killed her little sister. Now, she faces a new child endangerment charge for the other passenger that was in the car.

Sanchez was taken into custody after the deadly crash. Jail records show her bail is at $470,000 and prosecutors say they plan to argue to keep it that way.

"There's two factors--basically she's a danger to the community, and the other is she's a flight risk," said Prosecuting Attorney Thomas Min.

Her attorney says that is too much money.

"In terms of constitutionally, I think it's too high because again we're talking about a woman who's been in foster care for the past 3 years. She's not even 18 and a half, and for anyone to expect her to have $400,000 to bail out it's extremely unreasonable," said Defense Attorney Ramnik Samrao.

Defense attorneys also raised questions regarding Sanchez' blood tests throughout her hearing after a CHP officer admitted to writing the wrong name of the person who drew her sample. They say another judge will take up the issue of a re-test of her blood.

"There's a bit of a hang up because of some legal and technical issues involved in the blood," said Samrao.

Sanchez' trial will move to the Merced Courthouse where a judge will decide if the case can move forward and go to trial.
Report a correction or typo
Related topics:
mercedcaliforniamerceddui crashinstagramchild endangerment
Copyright © 2021 KFSN-TV. All Rights Reserved.
DUI CRASH 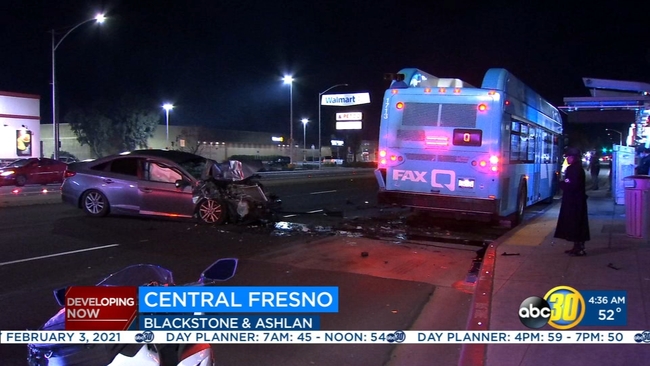