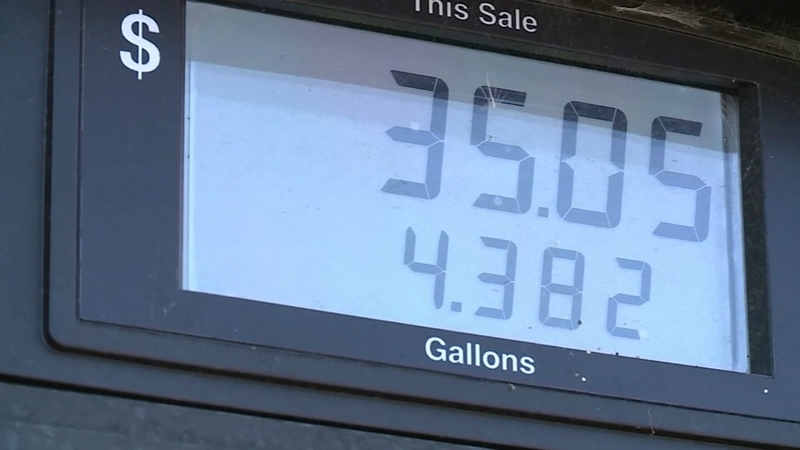 Are gas stations price gouging you? Here's what experts say

SAN FRANCISCO -- With gas prices surpassing $6 a gallon, even $7 at some stations, customers may be wondering if prices can get even higher. Unfortunately, they're not going to like the answer.

Attorney Lori Kalani of Cozen O'Connor works with oil companies and other businesses targeted by state attorneys general for investigation.

She predicts that California Attorney General Rob Bonta will be among those who look into price gouging.

Kalani thinks it's Attorney General Bonta's responsibility to get to the bottom of this.

RELATED: Expert says CA gas prices could rise to $6 per gallon, or higher, with more sanctions to Russia

Kalani advises her clients that they are being watched closely.

"I think companies -- oil companies -- would be really wise to have the record-keeping and the justification and know the law," she said.

Jim Sweeney is a professor of management science and engineering at Stanford. He thinks we haven't seen the end of gas price hikes based on oil futures in both the United States and Europe.

"So I think there's another 20 or 30 cents a gallon to go that's already baked in by the crude oil futures price," Sweeney said.

California is the first state ever to have an average price above $5 a gallon, according to gasbuddy.com.

Sweeney doesn't see any evidence of price gouging and says the price of oil is dictated by the world markets.

He does think there's reason to look into some individual stations and franchises and questions whether $7 a gallon is really necessary.

Severin Borenstein of the Haas School of Business at UC Berkeley also doesn't see any evidence of price gouging.

"They aren't really gouging any more than if you own a house in San Francisco, and the price of housing goes up, you sell it for a higher price," said Borenstein.

Borenstein thinks more attention needs to be paid to the Exxon oil refinery fire from 2015. Prices went up 30 cents a gallon back then, but never came back down even after the impact of the fire on gas supplies went away.

He says if you want to reduce your cost of gas by as much as 70 cents a gallon, go to off brands such as Costco and Rotten Robbie.

Even with the savings, the prices will still be high. Sweeny thinks it's a small price to pay. "If a high price of gasoline is a consequence of costs of trying to stop Russia from doing what it's doing, I think it's worth it," he said.

Both Sweeney and Borenstein say the sudden spike in oil prices is in anticipation of the oil supply being cut off from Russia.