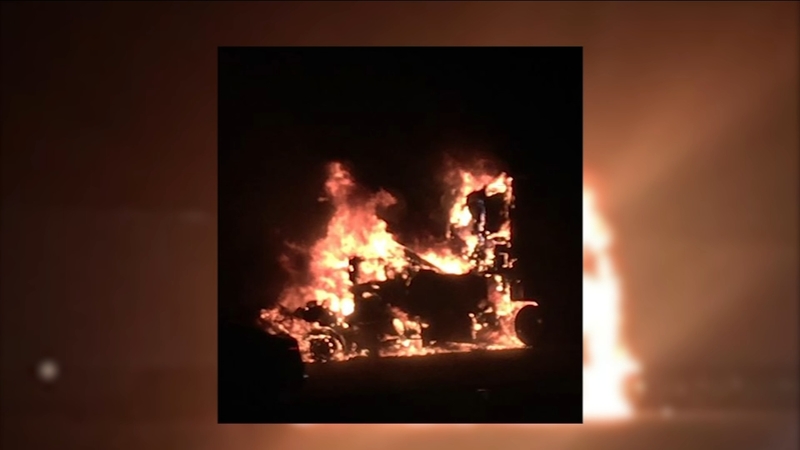 FRESNO, Calif. (KFSN) -- Traffic is once again moving along Interstate 5 in Merced County after a fatal crash near Gustine.

It happened on Tuesday at 10 p.m. on Interstate 5 near Sullivan Road.

The fiery aftermath of the crash was captured by ABC30 insider Larry Chatfield.

The Highway Patrol says a big rig crashed into a Chevy suburban with a U-Haul trailer.

The semi caught on fire and the crash caused a traffic delay.

The number one and two lanes along I-5 were closed off for several hours.