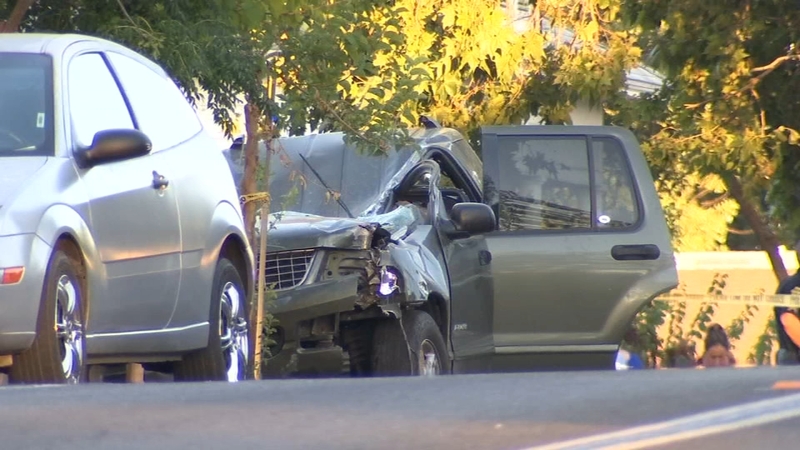 FRESNO, Calif. (KFSN) -- Fresno Police are searching for the suspects involved in a Southwest Fresno shooting that left one man dead.

Police say a shot-spotter call on Inyo Street and Mayor Avenue came in shortly after 7:15 pm and then they received calls about a traffic collision just down the block on C Street.

When officers arrived, they found an SUV had plowed through several fences before flipping over.

Inside the driver was found shot and died at the scene.

Fresno Police Lt. Jennifer Horsford said, "There's always a risk to the general public whenever there's a shooting, and then the factor that a vehicle was involved adds to that risk because you have a two-ton vehicle traveling down the roadway and unfortunately this ended up with someone losing their life."

The passenger in the SUV was taken to the hospital for injuries from the crash.