One person dead, two injured after brawl and stabbing in Parlier 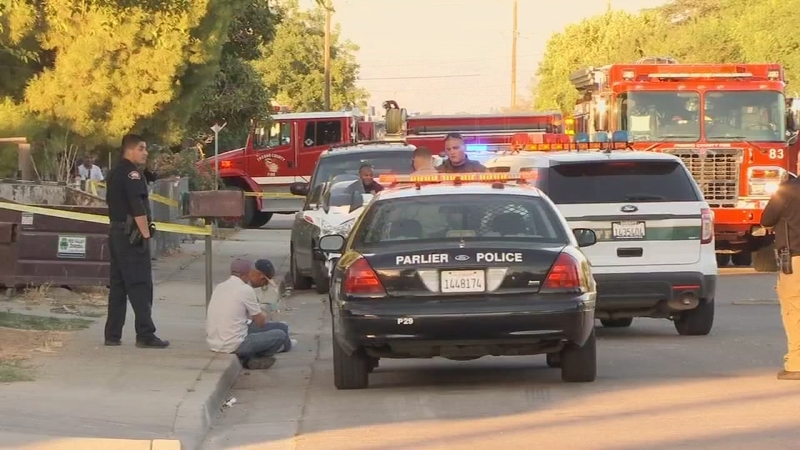 One person dead, two injured after brawl and stabbing in Parlier

FRESNO, Calif. (KFSN) -- A man is dead, and two others are hurt after a brawl turns deadly in Parlier.

Fresno County Sheriff's deputies say multiple men were fighting outside of a home when at least two men were stabbed.

Deputies say that before 7 pm Saturday a group of men were fighting in front of a Parlier home near Tuolumne and K Street.

Somehow, two men were stabbed in the scuffle, and another was hurt.

"They all live here on the property," said Lt. Jose Salinas with the Fresno County Sheriffs Office. "We don't know if someone came on the property and the disturbance started, or if it was between all of them."

When deputies arrived, they found a man dead in front of the home, and another man had to be airlifted to a hospital because of his injuries.

According to deputies, four other men were also on the property during the time of the fight.

Lt. Salinas said, "Four people (have been) detained, and by detained I mean they are here, and we still need to interview them. They are not actually in custody."

Investigators were also working to secure a search warrant so they could go into the home and further investigate.

At this point, it's unclear who stabbed who, and how many weapons were used.