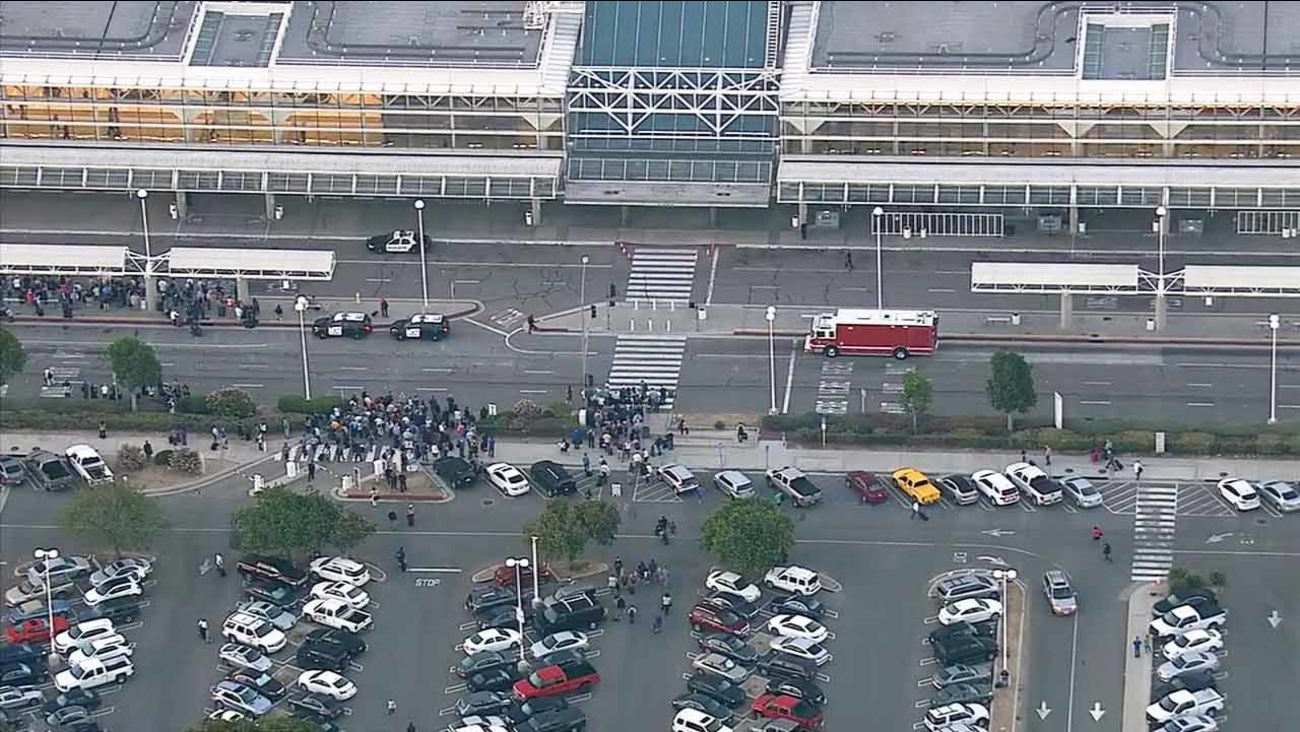 Passengers are seen outside the Ontario International Airport after a terminal was evacuated on Wednesday, Aug. 12, 2015. (KABC)

ONTARIO, Calif. -- A terminal at the Ontario International Airport was temporarily evacuated after what appeared to be a toy grenade was found in a carry-on bag early Wednesday morning, police said.

Ontario police said the object was discovered during the screening process. Fire officials removed it from airport grounds and was expected to dispose of it.

Police and fire officials were on scene. Passengers were let back inside the airport around 6:30 a.m., and all airport operations have since returned to normal.

Information on the passenger linked to the grenade was not immediately available.