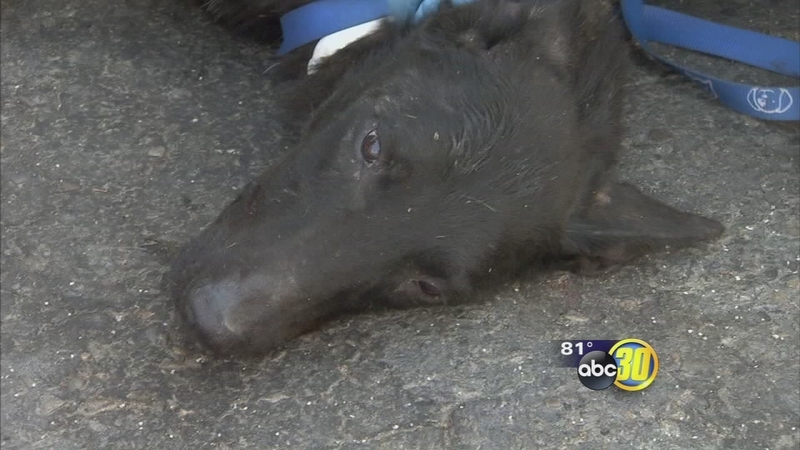 ORANGE COVE, Calif. (KFSN) -- A disturbing case of animal neglect in Fresno County after investigators said a no-kill shelter kept dogs and cats in deplorable conditions. The Central California SPCA rescued more than 140 of the animals over the last week.

Behind metal gates and hidden from view in Orange Cove was supposed to be a refuge for animals, but instead became the latest case of neglect. More than 140 dogs were confiscated and taken to the SPCA from Noah's Friends Animal Sanctuary-- a no-kill shelter. Rescuers said they could have died had they not been rescued.

"This case is a good case of neglect here. They possibly have parasites and probably disease," said Walter Salvari, spokesperson for CCSPCA.

Someone tipped off investigators about the conditions and the SPCA served a search warrant. Inside, they found malnourished dogs and countless more who needed medical attention.

"That was one of the things we noticed, they did not have food or water. There was definite neglect, you can see the bones, the ribs," said Salvari.

We tried reaching out to the owners Tuesday, but the phone lines had been disconnected. Neighbors said a couple was running the rescue and it appears things got out of hand.

"A lot of people try to do a good thing by helping the animals out, but ultimately it's too much and then it does become a case of hoarding," said Salvari.

At the SPCA, volunteers promise the dogs will be taken care of but they admit they also are in need of help. They need money to buy more kennels and medication and they need foster parents to give these animals another chance at life.