Navy sailor from Lemoore killed at his base by civilian's car 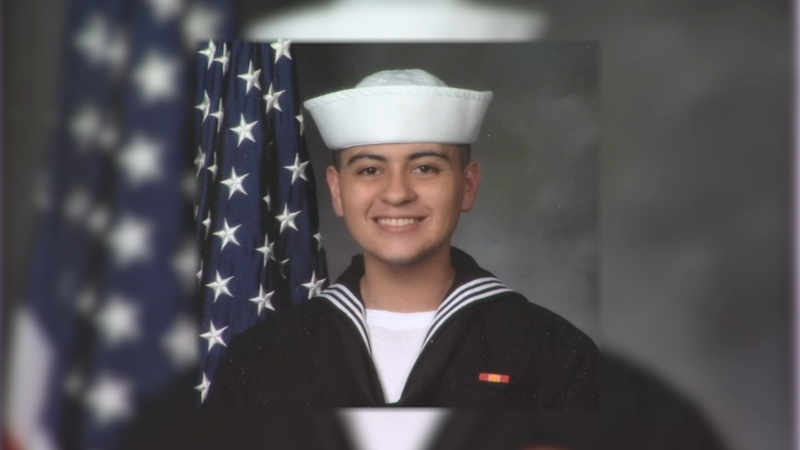 Navy sailor from Lemoore killed at his base by civilian's car

A Valley native on patrol at a Navy base across the country died after military investigators say a civilian sped through an access gate, slamming into Oscar Temores.

The 23-year-old sailor grew up in Lemoore and has deep roots in the Central Valley.

As part of the military police, his family knew the job was dangerous.

Along with telling his family he loved them, each call also came with a reminder of the job hazards.

But they never expected the news they got Saturday night.

Temores was on duty Saturday night in a Navy patrol vehicle when a call came out of a civilian who went barreling past the front gate.

"When my brother responded to the call, he was coming out of an - I believe - intersection and the person hit him at a high rate of speed," said Ricky Temores, his brother.

One of the vehicles involved is going to be military police.

The family learned late that night his injuries were fatal.

Oscar Temores and his brothers, Ricky and Benny, were inseparable growing up. He was the middle child who was always obsessed with the Blue Angels. His brothers say he was daring, rambunctious and determined. But he became a young man with a goal and purpose.

"He first started off saying he wanted to be a pilot and then when he had gone to boot camp he said he was going to be a 'master at arms'," said Benny.

The Lemoore native Facetimed his family for the last time Thanksgiving night. His final visit to the Central Valley was in May when he surprised his mom at the tomato plant where she works.

Temores was saving up his annual leave for a two-week visit home in late January. Now his family is instead focusing on the memories they do have. They are also honored by the Navy, recognizing his valiant effort in trying to stop the speeding suspect before more lives were impacted.