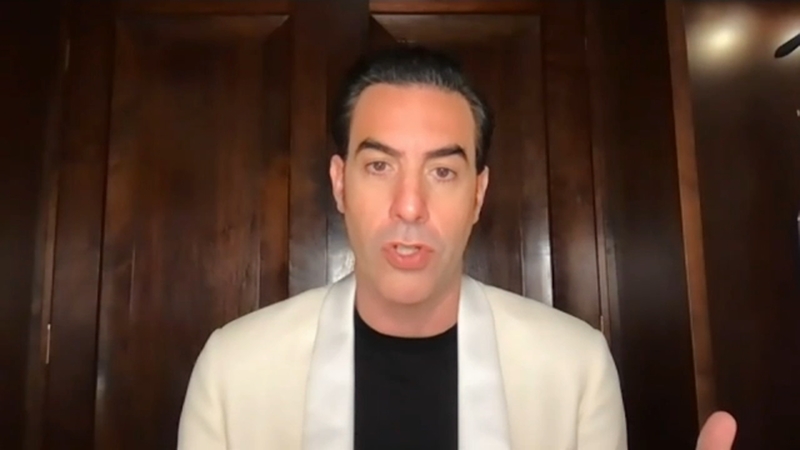 HOLLYWOOD, LOS ANGELES -- "The Trial of the Chicago 7" is based on the true story of a wild trial in Chicago surrounding an uprising at the 1968 Democratic National Convention. Now 53 years later, it's going to the Oscars along with its supporting actor nominee, Sacha Baron Cohen.

Cohen plays political and social activist Abbie Hoffman, who was one of the seven political activists arrested for their anti-war activities during the '68 Democratic Convention. Cohen believes the film found an audience because it was on a streaming service during this stay-at-home pandemic.

"The beauty of some of these streamers is that millions of people around the world saw this movie, and they now know this powerful story and saw a great bit of art," said Cohen. "So that is the plus side of this not being theatrical."

Frank Langella, who plays the judge in the case, credits Aaron Sorkin for making this movie about something important and powerful.

"Aaron rose above that and caused all of us to do it, too, to think about this movie--was about the greater good. What can we do in order to keep working for it?" said Langella.

"When I saw this cast, I went, 'Oh, man, this is going to be--even though I didn't have much interaction with anybody, I like it. I want to be part of that kind of group," said Michael Keaton, who plays Ramsey Clark.

"It was just a joy day in, day out to get to watch these great and different varied actors slugging it out," said Eddie Redmayne, who plays politician Tom Hayden.

We'll see how it does in the Oscar fight on Sunday.