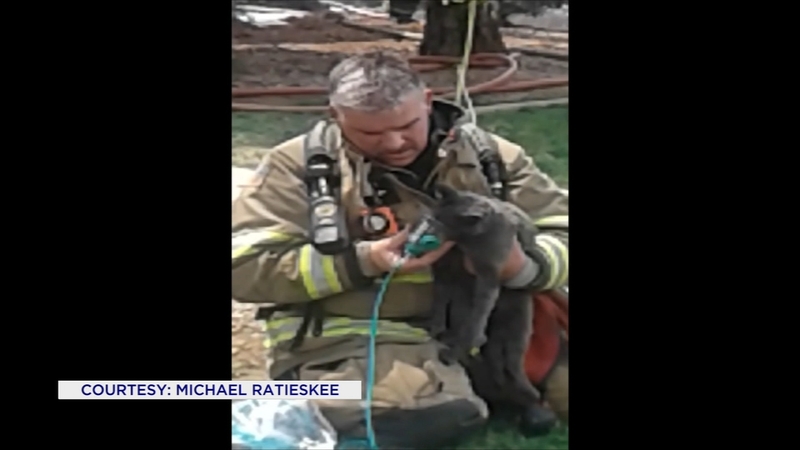 The first fire broke out in the Enclave Apartment Homes on Ashlan and Valentine around 1 pm.

Firefighters say the flames appear to have started outside the building, then spread to the interior of several apartment units.

Two people suffered minor injuries in the incident, but are expected to be okay.

Firefighters say a couple of cats died in the fire but they did save one that had inhaled a lot of smoke.

#FresnoFire responded to an apt fire which sadly displaced 6 ppl. Fortunately crews were able to save a family pet while battling this fire. pic.twitter.com/cNmrqmk4wQ

Just minutes later firefighters rushed to put out flames at a home on Cornelia near Escalon.

Those flames broke out just after 1:30 pm a garage attached to the house.

Firefighters say it took several minutes to get to the home because of the amount of resources they had at the other fire at the apartment complex.

When fire crews got to the house they quickly knocked out the flames before they could spread inside.