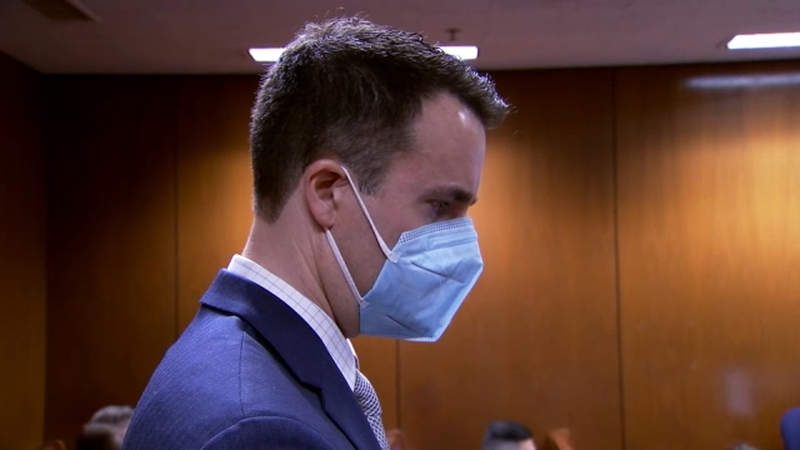 FRESNO, Calif. (KFSN) -- Eight years after a Parlier High School teacher and coach got caught sexually abusing a 16-year-old student, he got a punishment that brought him to tears but likely won't include jail time.

Sanger police arrested then-25-year-old Anthony Lepore in 2014 for having sexual contact with one of his teenage students at Parlier High School.

He's worked most of the last eight years as a tutor.

At least one student's mother says he didn't hide from what he'd done.

He told her about his legal problems before tutoring her daughter.

"His obvious shame, his regret over the decision that he made was so sincere," said Alicia Olson.

Lepore's attorney, Roger Nuttall, said it wasn't a pattern of behavior, and the former teacher didn't seek out other victims.

Search warrants show he did communicate online with someone else claiming to be a 15-year-old girl and sent her a link to an explicit photo.

Nuttall said they were adults who were role-playing.

No charges were ever filed related to that contact, but Lepore admitted to a felony sex crime with the original victim.

He still had several defenders pleading with a judge not to force him to register as a sex offender.

"I'm not saying Anthony is not guilty of being an idiot," said his friend Josh Carter. "I've told him as much. But his decision was not based on a chronic illness or propensity as a predator. His decision was based on being a good-looking, 25-year-old red-blooded American male."

"The People find that offensive," said prosecutor Nicole Galstan. "This was not a mistake. This was a conscious decision by Mr. Lepore to engage in a sexual relationship with his 16-year-old student. He groomed her."

Prosecutor Nicole Galstan said Lepore blamed the victim in his interview with probation officers a month ago.

The judge almost tore up a plea deal as a result.

Instead, he sentenced Lepore to two years of probation.

Now 33 years old, Lepore shook his head and tensed up when the judge added a requirement to register as a sex offender while on probation.

But family friends, including Kids Kasa Foster Care CEO Brad Castillo, are ready to open doors for Lepore when the time is right.

"I would love nothing more than to have the opportunity to have Anthony serve on our board of directors because he's a gifted young man," Castillo said. "He's got so much to offer."