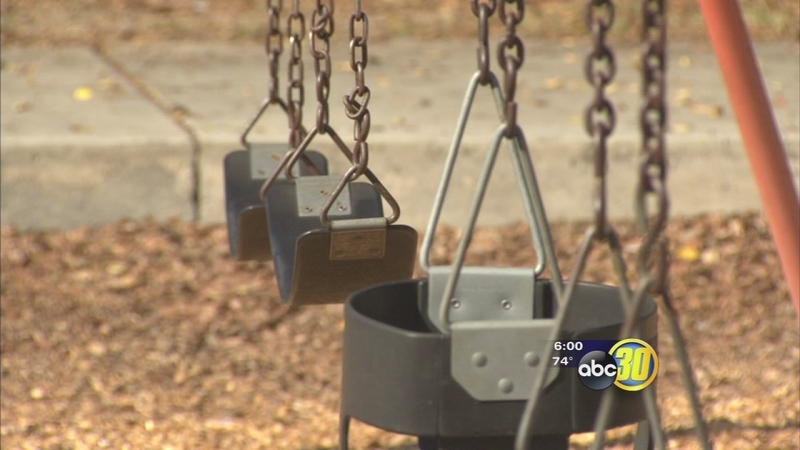 FRESNO, Calif. (KFSN) -- Fresno police are investigating a series of robberies at gunpoint -- several of which have taken place at two parks in Northwest Fresno.

The Fig Garden Loop Park is a fun place to enjoy a fall day in Fresno but lately, after the sun sets, Fresno police say a concerning trend is on the rise.

"These people have been confronted by multiple suspects who will enter the park, confront them, sometimes make small talk with them and ultimately pull some type of a weapon, often a firearm, and start demanding their property," explained Pat Mares, Fresno police detective.

Investigators say another hot-spot for bold thieves has been Stallion Park. But police say the thieves aren't picky and have hit seven different parks in Northwest Fresno. The victims have all been teenagers or young adults. Detectives say the crimes have stunned unsuspecting park visitors.

"The victims have been very traumatized. We had a couple, a male and female who even interviewing them two to three days later were still very traumatized. When you have a gun put into your face and you aren't used to seeing a firearm, it can be very very scary," said Mares.

Detectives say the robberies began in the summer, with only about one per month -- but officers say this past Sunday three park robberies were reported in one night. Investigators believe the suspects are most likely the same in each crime. Police say the thieves are taking cell phones, wallets and jewelry. So far, none of the victims have been injured during the robberies.