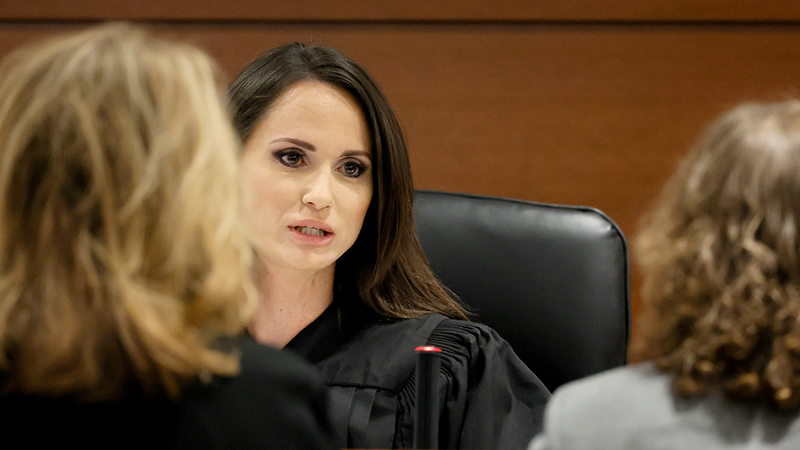 FORT LAUDERDALE, Fla. -- Deputies protecting Florida school shooter Nikolas Cruz had to pull him aside and surround him Tuesday after a member of a jury pool mouthed possible threats toward him and caused others to become "excited," leading them to fear a potential brawl, officials said.

A 70-member pool of potential jurors was filing into the courtroom and taking their seats when one of the first to enter, a man in his 30s, began "mouthing expletives" toward Cruz, Circuit Judge Elizabeth Scherer said. Cruz, 23, is facing a possible death sentence for murdering 17 at Parkland's Marjory Stoneman Douglas High School on Feb. 14, 2018.

Bailiffs moved in quickly to remove the man, who shook his head vigorously and muttered "that's horrible" repeatedly as he walked past reporters seated toward the back of the courtroom.

At this point, several other jurors became "excited" and were saying something that could not be heard, Scherer said. The first man then started looking back over his shoulder toward Cruz. The half-dozen armed deputies who always stand just behind Cruz then grabbed and surrounded him, fearing that the first juror was about to run toward them and would be joined by others.

"The sheriff's office observed all of that and determined they needed to protect Mr. Cruz," Scherer said.

"One instigates and then there are many followers," explained Broward Sheriff's Capt. Osvaldo Tianga, the head of courthouse security. 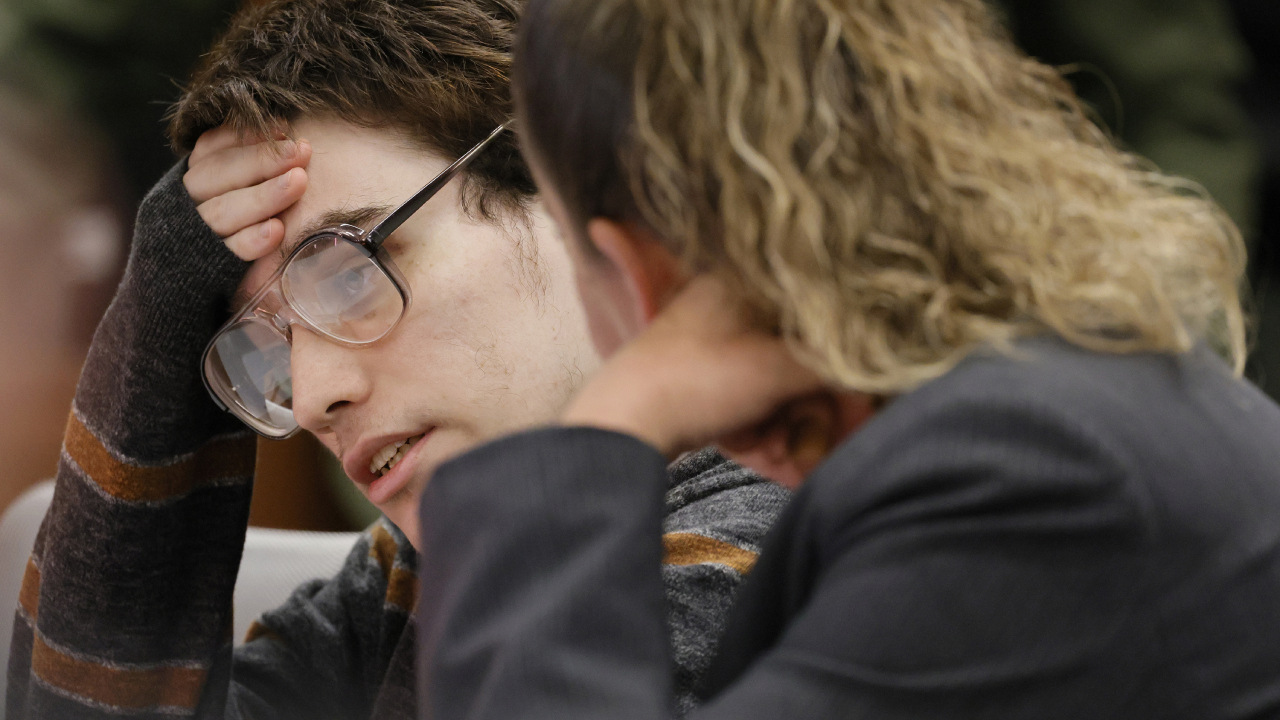 Nikolas Cruz, left, speaks with assistant public defender Nawal Bashimam during jury pre-selection in the penalty phase of his trial at the Broward County Courthouse.

Melisa McNeill, Cruz's lead public defender, told Scherer she understands that the deputies' first priority is to protect Cruz and everyone in the courtroom but didn't realize that would require him being physically moved.

"I appreciate that is the job. I am not challenging" their actions, McNeill said. But she wondered if the deputies could simply stand between Cruz and the threat if something similar happens again.

Tianga said each situation is different, but he would consider her suggestion.

Cruz pleaded guilty in October. A 12-member, eight-alternate jury is being selected in a two-month, three-step process to decide whether he receives a death sentence or life in prison without parole. More than 1,800 jurors have come through the courtroom, mostly without incident since the process began April 4.

One panel of 60 had to be dismissed on April 12 after eight became obviously emotional upon seeing Cruz, possibly influencing the others. About a dozen others have been quietly removed from various panels because they started crying.

The panels are not told they are being brought up as potential Cruz jurors, although it is widely known throughout South Florida that the process has started. At this point, the potential jurors are only being asked if they could serve from June through September, the trial's expected length. Those who can will be brought back next month for further questioning.

Tuesday had been a boring, routine day. It was a marked difference from Monday when Scherer announced she was dismissing 250 potential jurors who had passed initial screening because of a possible error she made and starting the selection process over. Two panels of 70 had been brought through with no significant incidents. A few potential jurors had been quietly taken out for crying.

But that changed as the first panel after lunch was brought in. With most eyes focused on the jurors filing in, Cruz's attorneys got the attention of the bailiffs, pointing them to Juror No. 19. They moved in to remove him, starting the sequence that led to Cruz being pulled aside for protection.

After he left the courtroom, the man told deputies that he wasn't trying to cause problems but was emotional and wanted to curse out Cruz, using an obscenity to make his point, according to a reporter who was in the hallway.

Inside the courtroom, Scherer and the attorneys quickly conferred and the judge then dismissed the entire panel, who she said became "belligerent" as they waited for the elevator to take them back to the lobby and "got mouthy" toward deputies.

The juror who started it all told the deputies that they - or perhaps the system - had traumatized the potential jurors, according to the reporter.

Scherer said deputies followed the group out of the courthouse to make sure they didn't say anything to prospective jurors waiting to be brought to her courtroom.