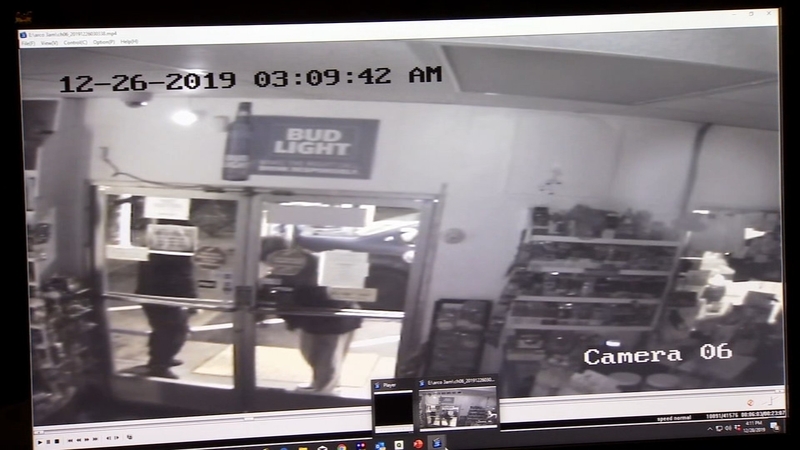 PARLIER, Calif. (KFSN) -- Security cameras from a Parlier gas station captured the moments a group of men got away with garbage bags filled with cigarettes and cash.

With bolt cutters in hand and other tools, at least three suspects dressed in all black attempted to break into an Arco gas station in Parlier on Thursday morning at a little after 3 a.m.

They struggled with the door for about a minute and then got it open.

They ran back to their car, an electric blue Chevy Impala, to grab a bag and then rush into the store.

Immediately, they went behind the counter, stealing the cash register till, cigarettes and other tobacco products.

Sergeant Dan Barcellos with the Parlier Police Department said the suspects were in the store earlier.

"We believe the same subjects were inside the business about four or five hours earlier casing the place and figuring out the layout and how to get into the business."

As for why they went after cigarettes...

"It was an easy way to turn around money. I mean they are $10 a pack so if you can get them for free you can sell them for four or five bucks," said Barcellos.

Barcellos said the damage left behind for store owners is much more expensive - possibly in the thousands.

Parlier police said they are working with surrounding police departments because they suspect these burglars have hit up other stores and gas stations.