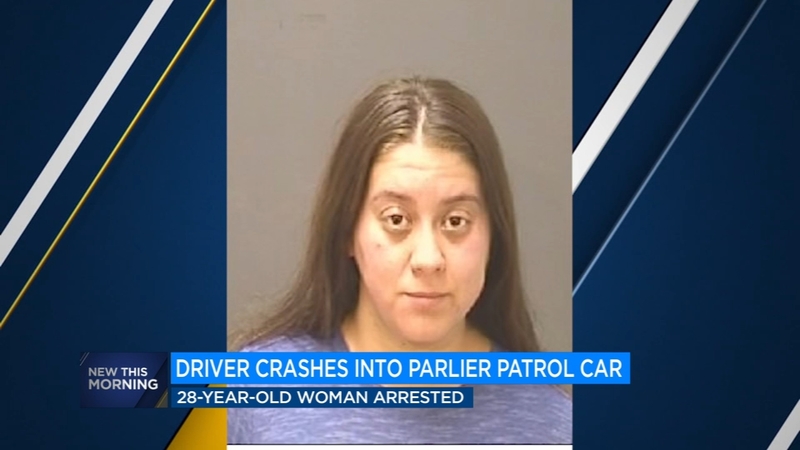 FRESNO, Calif. (KFSN) -- A woman has been arrested for allegedly crashing her car into a Parlier police patrol car while intoxicated, injuring an officer.

The crash happened at about 7:30 pm on Tuesday near Manning and Bethel Avenues.

Parlier police say the 28-year-old woman, Mayra Sanchez was under the influence of alcohol when she failed to stop for a red signal light, crashed into the officer's vehicle, and then tried to escape.

The officer, who suffered minor injuries and whose patrol car was damaged, pursued her vehicle. Sanchez finally stopped a short distance away and was detained.

The officer was treated for his injuries at a hospital and released.