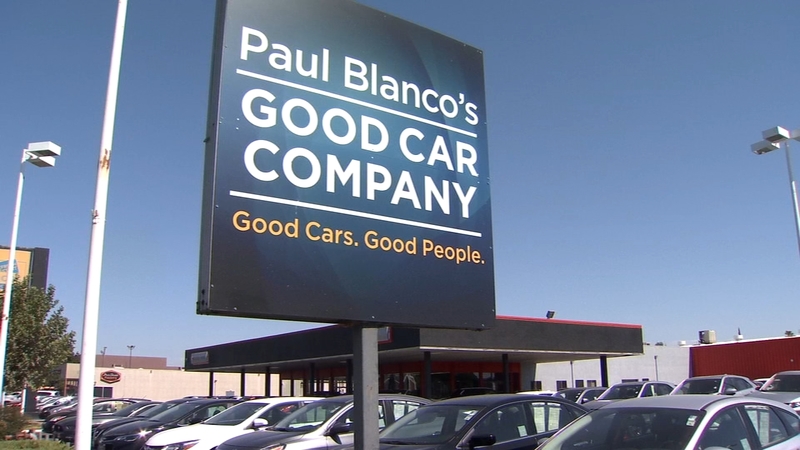 FRESNO, Calif. (KFSN) -- The state of California has filed a lawsuit against Paul Blanco's Good Car Company, a group of car dealerships and it's namesake owner, Paul Blanco.

Attorney General Xavier Becerra announced Monday a lawsuit has been filed accusing the dealership and it's CEO Paul Blanco of deceiving car buyers and lenders for years.

"It might be called Paul Blanco's Good Car Company but for many families that name could not be farther from the truth," Becerra said in a press conference.


Paul Blanco is statewide with seven dealerships in California and two in Nevada.

Paul Blanco has operated a used car dealership in Fresno since 2012 and in 2017 the company became a dealer of new Mitsubishi vehicles. In 2018, they moved into a new location on North Blackstone Avenue, near Shaw Avenue.

The lawsuit alleges the dealership, which sells about 1,200 vehicles a month, boosted its profits by tricking buyers with false advertisements and lied on credit applications to fool lenders into providing money needed for a purchase.

"The company also tricked customers into paying thousands of dollars worth of add-on products like service contracts and gap insurance by telling them those add-ons were required by law or by simply concealing the charges all together," Becerra said.

"This is a priority for the California Department of Justice. These practices are unacceptable whether the business in question is a car dealership, a for-profit college or anything else," Becerra said.