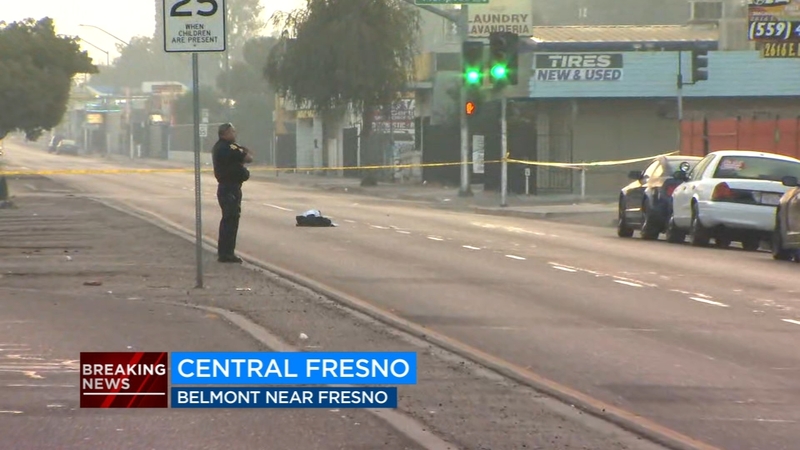 FRESNO, Calif. (KFSN) -- A man is dead after police say he was hit by two vehicles in central Fresno on Wednesday morning.

It happened around 5:30 on Fresno Street and Belmont Avenue.

Fresno police officers say the man was standing in the center median on Belmont Avenue when he fell into the roadway. An SUV driving eastbound on Belmont hit him and drove off.

Police say witnesses tried to help the man, but a second car came toward them. They had to move out of the way to avoid being hit, and the victim was struck a second time.

The man was taken to a hospital with severe injuries and later died, officials said.