Man believed to be fleeing deputies hit, killed by car on Highway 180 in Fresno 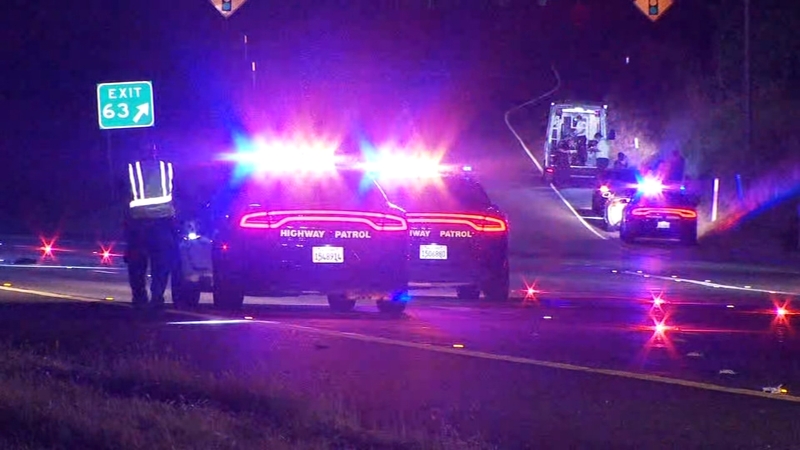 Man believed to be fleeing deputies hit, killed by car on Highway 180 in Fresno

FRESNO, Calif. (KFSN) -- Authorities are investigating after a man was hit and killed by a driver on a busy highway in east central Fresno on Monday night.

Fresno County sheriff's deputies had been investigating a suspicious vehicle nearby at Minnewawa and Turner. Two people were detained during the stop, while a 38-year-old man ran off. He went through a fence onto Highway 180.

Investigators believe the man ended up in the path of a Nissan Sentra going eastbound on the highway.

"The collision may be linked to that investigation, regarding the suspicious vehicle... it may be the pedestrian that did flee the scene. We are currently investigating all leads and try to properly identify the individual that was struck and killed here on 180," said CHP Officer Mike Salas.

The man died at the scene. It's unclear if he was under the influence at the time of the crash.

The driver of the Nissan was not injured, but her passenger suffered cuts from glass that shattered from the impact of the collision. Both people cooperated with the officers.