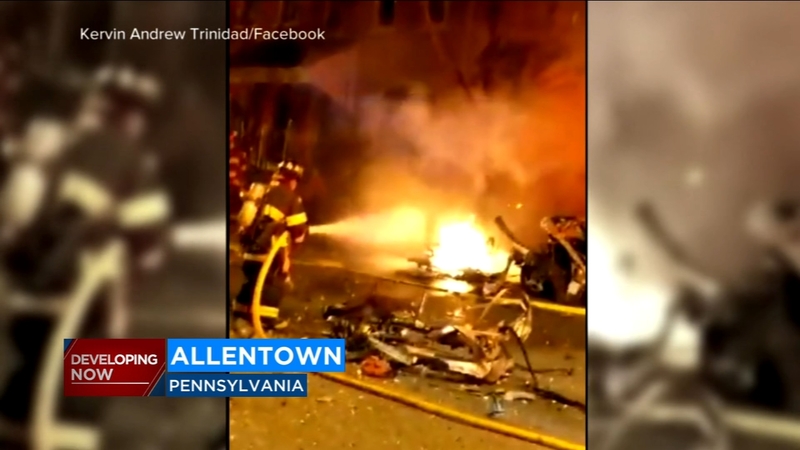 ALLENTOWN, Pa. (KFSN) -- Autopsies are planned today on the bodies of three people found dead after a car explosion that rocked a Pennsylvania neighborhood.

Authorities are still investigating that deadly explosion that happened in Allentown late Saturday night when some kind of blast erupted from a car.

Three men were killed but it's not known if they were inside the car at the time of the explosion.

Officials have not yet said if they've found a motive or anyone responsible but they are calling it a criminal incident.

"I just heard a big a big explosion, it scared me, it startled me. I thought it was a house that blew up," Antonia Santiago said.

The area where the explosion occurred is still blocked off at this time as authorities continue to investigate.

Officials said this appears to be an isolated incident and that there are no further threats.