Person in custody after shooting car in Central Fresno 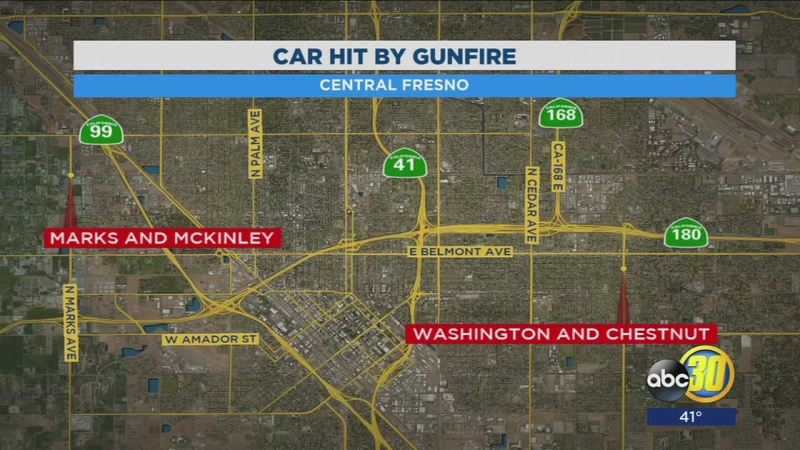 Person in custody after shooting car in Central Fresno

FRESNO, Calif. -- Officials say a man was on his way to work when another car pulled up next to him and began shooting at his car. The car was shot near Marks and McKinley.

The driver of the car told police he did not recognize the person shooting and began following the car. Officials say the suspect was driving a dark colored SUV when they began firing.

Fresno police then found the car at a house near Washington and Chestnut and arrested a subject in the home.