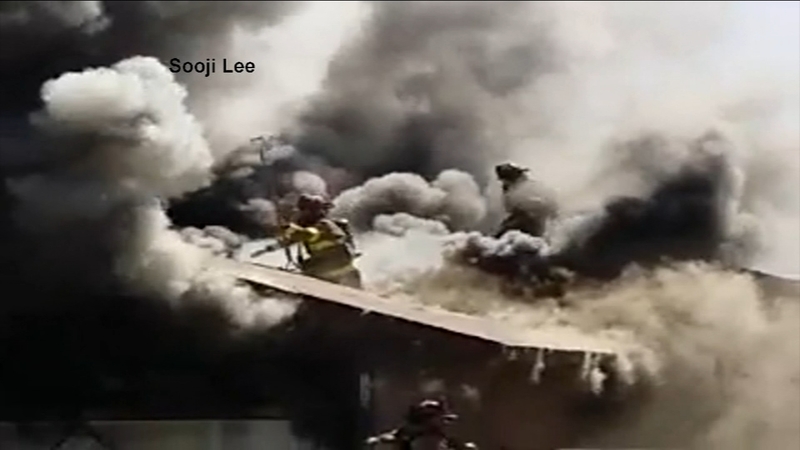 FRESNO, Calif. (KFSN) -- One thing Pete Dern dislikes is the spotlight. It's one of the reasons he's been out of sight for four years.

But he agreed to an interview so he might offer encouragement to others who face extreme hardship or illness or disability. He has faced all three.

It was just after 1:00 on March 29 the call came in for a garage fire on Cortland Avenue in Central Fresno. It was a routine call. 53-year-old Pete Dern was among those at the scene.

"I, unfortunately, remember everything," he said. " You've asked me if I remember - I do, every day. Sometimes I don't want to remember."

At 1:32, as Pete was trying to ventilate the garage fire from the roof, he suddenly tumbled into an inferno.

"I remember falling into the fire. The whole room was an inferno. It was orange. It was incredibly hot. It was really hot," Dern said. "Then everything got black and my first thought was 'I gotta get outta here so I can get back to my wife and daughter. I'm not gonna die in this room."

Two minutes 46 seconds, that's how long Pete Dern was trapped in a sea of black smoke and searing hot flames. In that time, he tried to crawl out, but piles of boxes and furniture and clothes held him captive. He laid still as the flames licked his skin.

Mike Boardman and Mike Alvarez were the first to break into the burning garage. Neither knew who it was that had fallen through the roof. Was it someone who lived in the home? Or a fellow firefighter?

"We're trying to wrestle him up over the wall and at that point, some of his gear was kinda getting caught up and then I saw - and I didn't know who it was at that point as well," Alvarez said.

"And suddenly I hear 'I'm right here,'" Boardman said. "Still don't know who that person is."

Boardman and Alvarez say they moved in as fast as they could through the black haze and flames. It wasn't until they came face to face, they recognized the victim.

"His whole body was burned, but his face was pretty clean from his mask. I knew then we had a viable chance here for a survival because the airway was clean," Alvarez said. "Saw a little bit of that blonde hair and I knew ... blonde hair, red helmet somebody on the roof... it's Captain Dern."

Firefighters Wiley Erikson and Justin Beard suddenly appeared in the garage and the four men picked up Pete and squeezed him through a small door to the outside.

"I remember them cutting off all of my clothes and then pouring saline on me," Dern said. "It cooled me off because my tissue, my skin was still cooking, still burning."

The now helpless fire captain lay in agony on the driveway with burns over 70 percent his body. Because Pete managed to stay alert, he was able to keep his mask on.

The Fresno Fire Department says the manufacturer later inspected the mask. They determined it was within just seconds of failing.

His face, a small patch of skin on his chest and the bottoms of his feet were the only parts of his body untouched by fire. His chest and internal organs, his legs, ears and his hands had been severely injured.