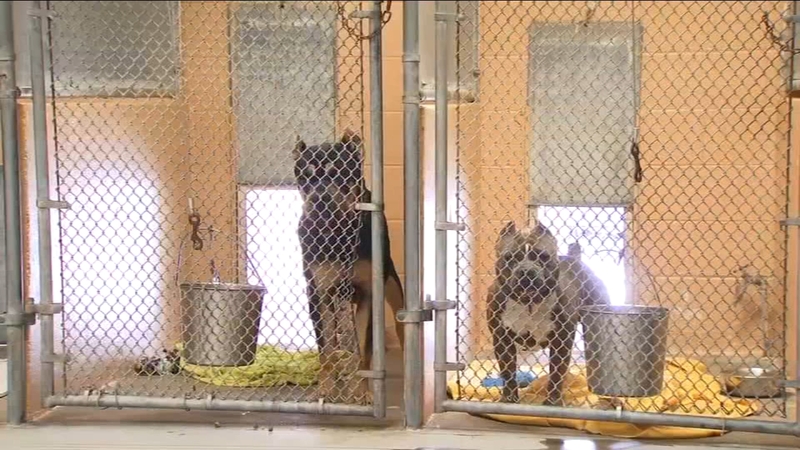 Animal services employees in Madera say there are too many animals and not enough veterinarians.

They just received funding that could help improve the overpopulation problem.

Shelter officials say people need to spay and neuter their animals, but there's just not enough low-cost providers in the area.

"In the Central Valley, we have a serious animal population we have not been able to control," Kirsten Gross with Madera County Animal Services said.

Gross says the there's not enough vets throughout the Central Valley.

She says there's also a lack in vets involved in low-cost spay and neuter programs.

"If you have $100 to $200 for a surgery, that means a grocery bill," says Gross. "You're not going to do the surgery because we're low income in Madera, it's hard to find service."

In Madera, Gross says there are only three vets who participate in the low-cost program.

Some of them see 15 to 30 animals in a week, and at times, it can be overwhelming.

"Sometimes we get a lot of calls. Depending upon how much we can do sometimes we'll tell them we have to postpone, or they have to go to Fresno," said Madera Veterinarian Dr.Kulbir Khera.

Gross says many who can't afford the surgery will dump the animals alongside the road.

They also might resort to doing the procedure themselves which almost killed this dog.

"Put a rubber band around the testicles itself to castrate their animals. It resulted in a huge infection," said Gross.

The shelter is seeing an improvement.

A $1.5 million grant a few years ago helped pay to spay and neuter more than 20,000 animals in the last four years.

The board of supervisors also approved $200,000 on Tuesday to help fund the low-cost spay and neuter program.

"It's a great resource for us to utilize, and prevention is worth a pound of cure in this sense," said Gross.

Gross says they're working closely with the friends of the Madera animal shelter to spay animals and find them forever homes.

Gross says they also need a bigger facility. One that's triple the size of the current one.

They're in the planning phases to hopefully make that a reality in the next few years, and they hope to have veterinary services onsite.
Report a correction or typo
Related topics:
pets & animalsmaderacatsveterinariandog
Copyright © 2021 KFSN-TV. All Rights Reserved.
VETERINARIAN
Puppies sickened after eating meth, marijuana in CA