Diver ends up in mouth of massive Bryde's whale off South Africa coast: 'I don't think I had a whale of a time'

KFSN
PORT ELIZABETH, South Africa -- A diver who ended up trapped in the mouth of a massive whale joked that he didn't have "a whale of a time" but called the unique encounter "a very special event."

Rainer Schimpf, 51, was diving off the coast of South Africa with a documentary crew in February when the breaching whale reached the surface, its mouth wide open.

"It got dark and I felt some pressure on my hip," Schimpf explained. "Once I felt the pressure I instantly knew a whale had gripped me."

A wetsuit was the only thing between Schimpf's flesh and the jaws of the Bryde's whale, which can grow to be 50 feet long and weigh 20 tons.

"It happened extremely fast. From being on the surface and observing something, I became the inside man and suddenly was inside a whale," he added. "I'm sure it was a surprise for the whale as well."

Schimpf said he immediately held his breath, anticipating that the whale would dive below the surface. The whale then turned and opened its mouth, freeing Schimpf.

Though the experience may seem harrowing, Schimpf managed to crack a joke about his encounter: "I don't think I had a whale of a time. I now have the inside knowledge of a whale which nobody else has."

Witness Claudia Weber-Gebert was adamant in pointing out that the encounter was not an attack. She guessed that the whale likely thought Schimpf was a dolphin.

"Whales are not man-eaters," she said. "It was not the fault of the whale. They are very sensitive...gentle giants. It was just an accident."
Report a correction or typo
Related topics:
pets & animalswhaleafricawild animalssouth africaoceansu.s. & world
Copyright © 2020 KFSN-TV. All Rights Reserved.
WILD ANIMALS

Florida iguanas falling out of trees as temperatures drop 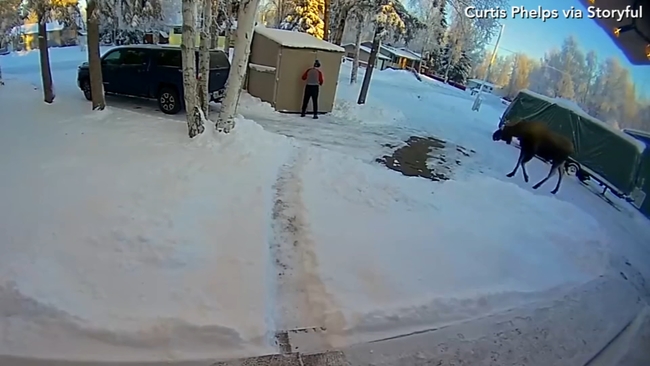