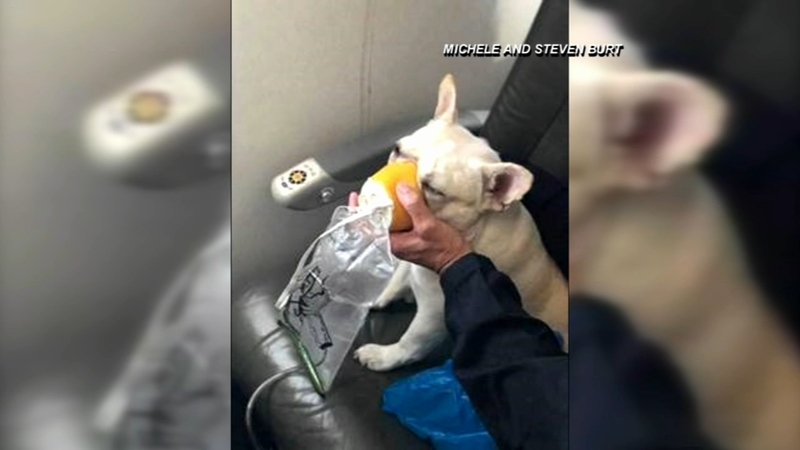 Dog given oxygen mask on flight

A group of flight attendants with JetBlue came to the rescue when a French Bulldog was in distress during a flight last week.

The dog was showing signs of hypoxia.

The crew was able to bring the dog, named Darcy, an oxygen mask.

This happened during a flight from Florida to Massachusetts.

One flight attendant owns a French Bulldog and says he has never seen anything like it in his 15-year career.