Fresno Chaffee Zoo announces that one of their orangutan is expecting 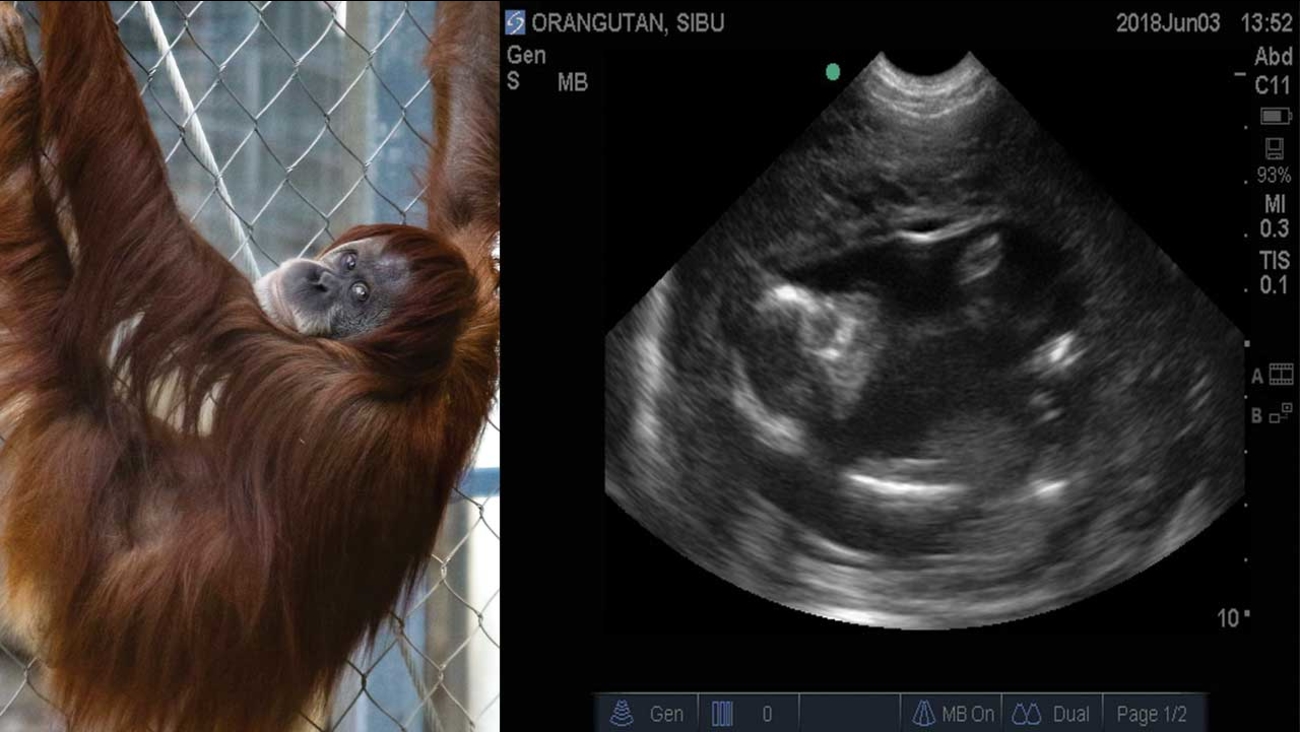 The Fresno Chaffee Zoo has announced that Siabu the gargantuan is pregnant!

FRESNO, Calif. (KFSN) -- The Fresno Chaffee Zoo has announced that Siabu the gargantuan is pregnant!

The zoo posted a positive pregnancy test on its social media on Thursday with the caption "guess who's expecting!" teasing towards the big announcement.

The baby orangutan is expected sometime in November or December.

Siabu and Busar are also the parents of a female orangutan, Ndari, born December 18, 2010, whose name means "full moon" in Indonesian.