A Tulare woman has her therapy French Bulldog back, after it was stolen from her car at Costco on Sunday. The uplifting update on @ABC30 at 4. pic.twitter.com/z7B50hPILi

That told Martin they found her running in the Lowe's parking lot on Sunday night, not far from Costco, where Martin says Petunia was stolen from her car earlier that day.

"I couldn't believe it because the window was down (just a little bit) and either they had to really tug her out or they somehow got the car unlocked," Martin said. "But it was locked when I got back there, and it was just Peanut."

Petunia is not only attached to her owner, she's also fond of her brother, Peanut. The past couple of days have been hard for Martin -- not knowing where Petunia was, or who took her.

That part is still a bit of a mystery, but she paid the people who called her $300 in reward money.

As her constant companion, easing her chronic pain, Petunia's worth extends beyond any dollar amount.

"When I got her, they weren't as popular you know?" Martin said. "And now they're everywhere. Everybody wants a French Bulldog."

And now, Martin has hers again. She plans to take Petunia to the vet Wednesday, just to be checked out. Overall, though, she seems to be in good health.
Report a correction or typo
Related topics:
pets & animalslost petservice animal
Copyright © 2020 KFSN-TV. All Rights Reserved.
SERVICE ANIMAL 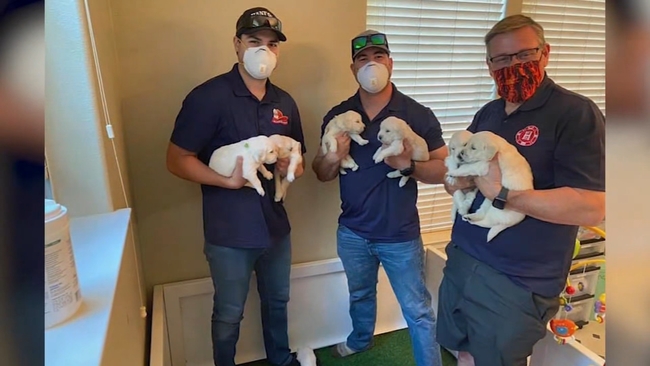 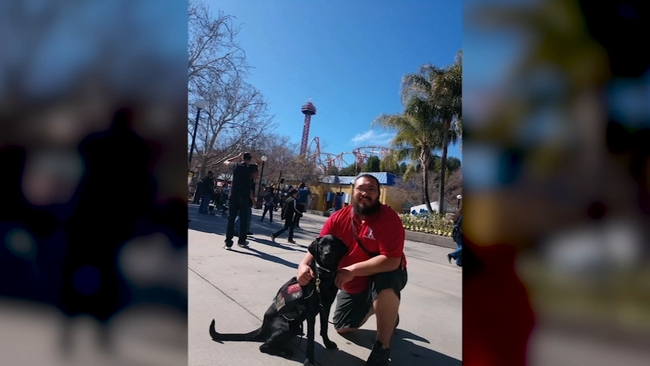