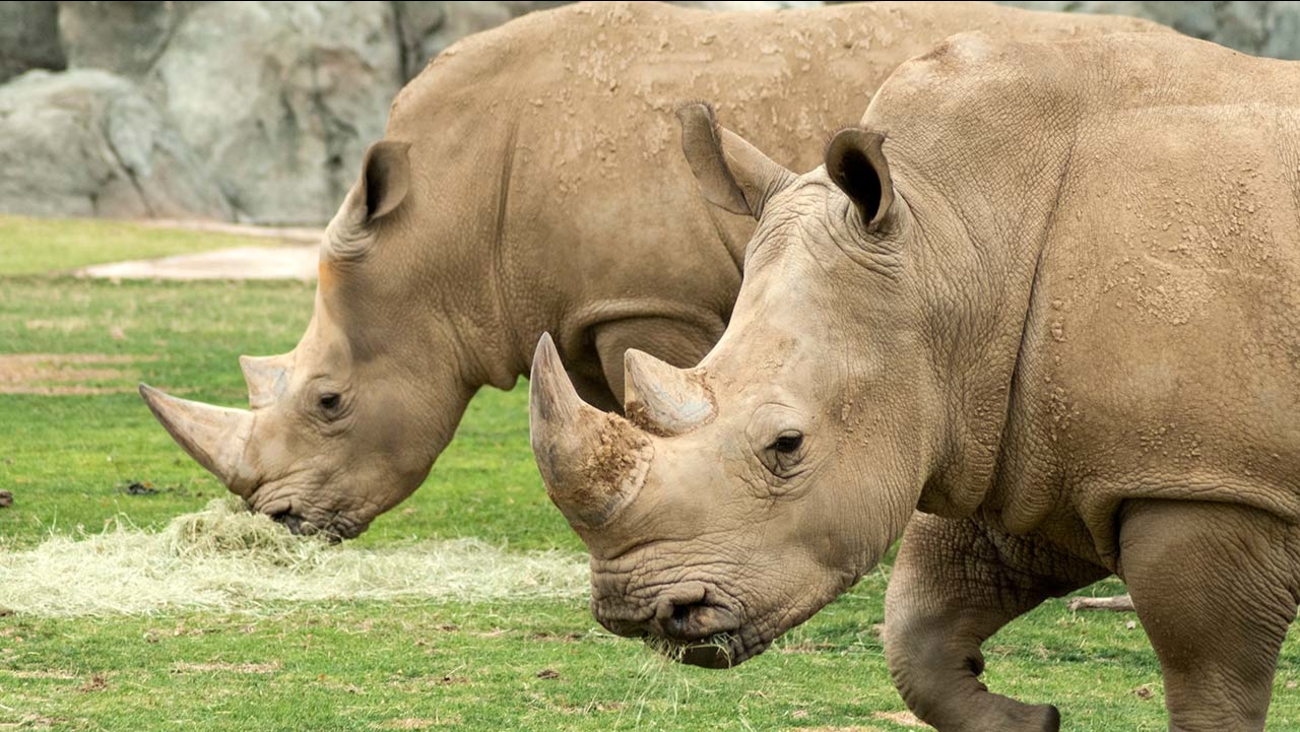 FRESNO, Calif. (KFSN) -- Good news from the Fresno Chaffee Zoo! Their Southern white rhinos, Tim and Kayla, are expecting their second calf together!

"We are expecting the calf to arrive between January and April 2019," said Vernon Presley, curator at Fresno Chaffee Zoo. "Rhinoceros gestation is 16 months and we have to estimate the due date based on Kayla's physical changes and hormonal analysis."

Officials said this will be the second rhino calf born at the zoo. The first calf was named Rudo and was born in January of 2017.

While Zoo staff are anxiously awaiting the arrival of this calf, it is a bittersweet time.