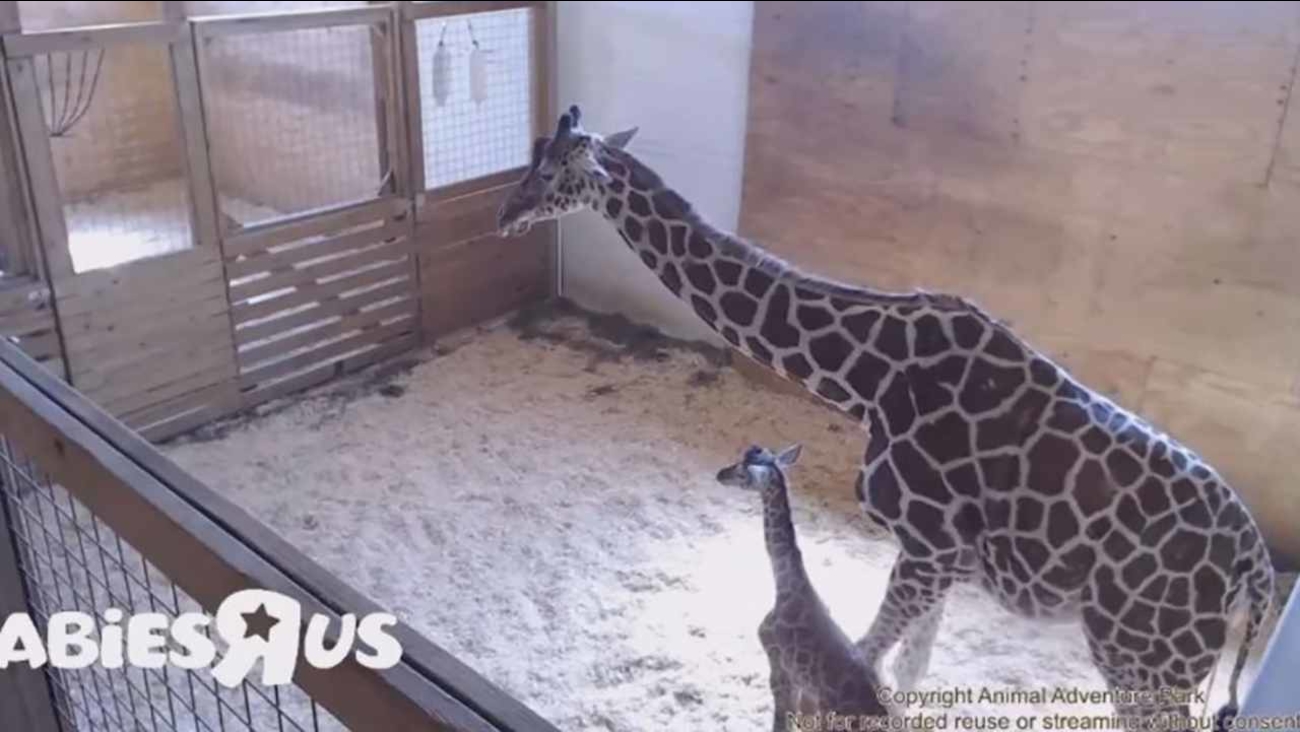 HARPURSVILLE, New York -- It's a boy! April the Giraffe gave birth to her baby at Animal Adventure Park Saturday morning around 10 a.m.

The male calf is nursing well and has had his first vet checkup.

The 15-year-old giraffe delivered her calf shortly before 10 a.m. in an enclosed pen at the zoo in Harpursville, a rural upstate village about 130 miles northwest of New York City. The mama giraffe tenderly licked her calf, which began to slowly pick its head up from the floor of the pen. About 45 minutes after it was born, the calf stood on its wobbly legs for the first time while mom helped keep her baby steady.

The privately owned zoo began live-streaming from April's enclosure in February. People around the world have been tuning in daily.

A look at the moment April gave birth:

April was pregnant for 16 months, just over the normal gestation time for a giraffe.

April will raise her calf naturally, and weaning could take between 6 to 10 months, maybe longer. Oliver, however, will not assist in raising the calf. Male giraffes, according to Animal Adventure Park, "only really care about two things - fighting and the unmentionable."

A look at April's calf standing for the first time:

Animal Adventure is planning a contest to name the calf!