Carjacker beaten to death after stealing car with kids inside 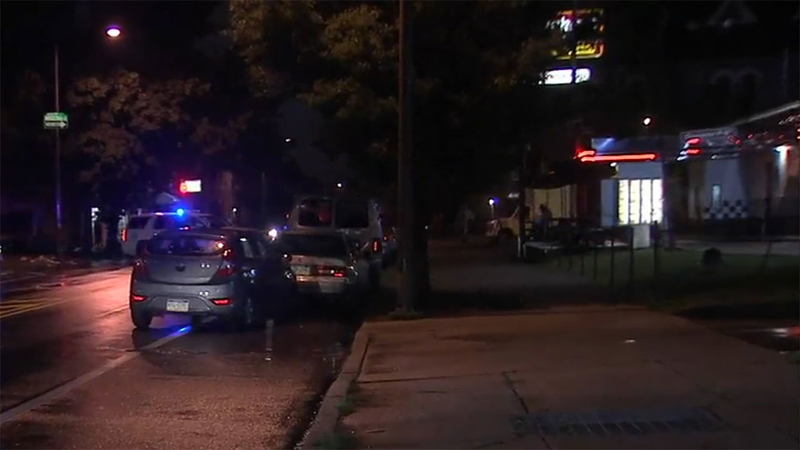 Police: Parents kill man after he stole car with kids inside

PHILADELPHIA, Pennsylvania -- Philadelphia police are still reviewing video to determine who, if anyone, should face charges after the deadly beating of a car theft suspect.

According to police, a mother was traveling with her three kids when she stopped to visit her boyfriend at a pizza shop, leaving the car running with the children inside.

That's when police said 54-year-old Eric Hood jumped into the vehicle and took off.

But the suspect didn't get far. The vehicle became stuck in traffic at a red light. That's where police say the parents of the children caught up to the car, removing Hood from the vehicle.

"They were able to pull this car thief out of the vehicle. He fled on foot about a half a block. And the boyfriend caught up to him and there was some sort of physical struggle that ensued," said Philadelphia Police Chief Inspector Scott Small.

Hood managed to break free from the children's father, and continued to flee across the street. That's when, police say, a crowd gathered around Hood and forced him to the ground.

The crowd allegedly kicked and punched Hood until the arrival of responding police officers.

The suspect was rushed to the hospital where he later died.

The children were not injured.

Police are currently waiting for the Medical Examiner's Office to determine a cause of death, as well as a toxicology report to determine if there were any drugs in Hood's system at the time of his death.

Upon the return of the ME's results, police will confer with the District Attorney's Office about possible charges related to the case.

Records say James Peace threatened the Deer Park boy not to tell police, or he'd beat him up.