More water to be released from Pine Flat Dam 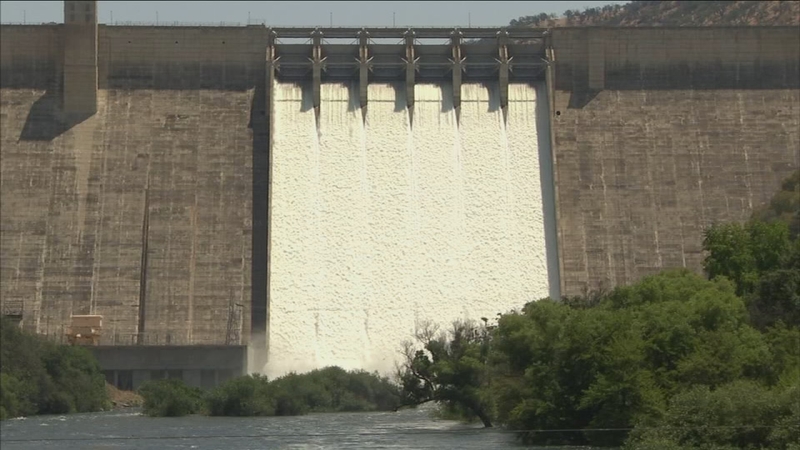 More water to be released from Pine Flat Dam

FRESNO, Calif. (KFSN) -- The Army Corps of Engineers is letting more water out of Pine Flat Dam, to make room for more water coming in. Water is expected to be released at 4:00 p.m. and again at 7:00 p.m.

"The runoff is just higher than anyone anticipated-- including the forecasters," said Randy McFarland, Kings River Irrigation District.

Runoff from snow melted by the intense heat has pushed the dam to near capacity. That means more water in the already swollen Kings River.

"If you are in a low lying area, if you are in a spot that's already being threatened, it's gonna get worse and it could get way worse."

Mendes is urging folks along the river to be ready to evacuate, but emergency personnel are waiting for their bosses to issue orders.

"To try to determine at what point we are going to start making notifications to residents that live up and down the river, whether it's a voluntary evacuation or mandatory evacuation," said Joe Garza, Tulare County Fire.

Mobile home parks and RV resorts along the river have already been h it hard.

"We had to send lots of people home, we're hurting right now but once the water goes down we will be back to normal," said Brittney Krum, Royal Oak Resort.

But there's no answer yet as to when that water will go down, or how much higher it will get. Another big concern is levees and canal banks stressed by all the water.

Supervisor Mendes describes the situation this way. "Dangerous, but it's not catastrophic."

Mendes means the dam is not going to fail, but we do have a report of a levee breach at Highway 41 and Grangeville. And places like this, where the water is already high, will see more water over at least the next 36 hours.

The Kings River is flooding near Lemoore where you typically don't see water. Workers say they're fixing a levee breach that flooded a field pic.twitter.com/D5FWYDgO5Z

A flood advisory has also been issued for the San Joaquin River from Friant westward to near Mendota.