Pit Bull involved in mauling to be returned to owner 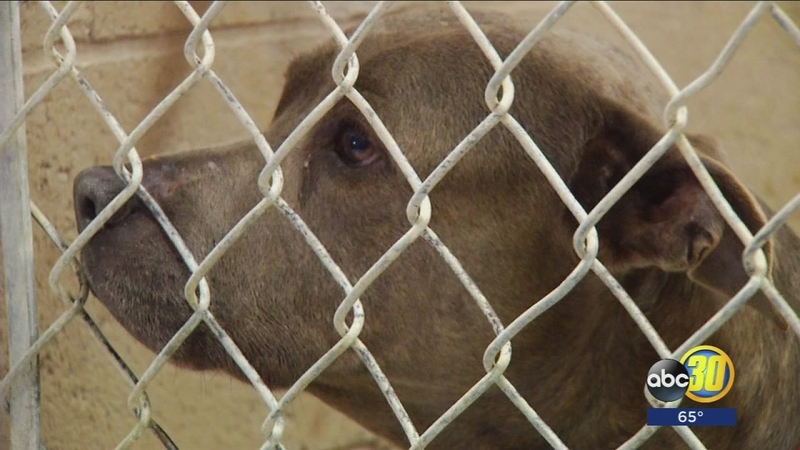 Pit Bull involved in mauling to be returned to owner

FRESNO, Calif. -- After recovering from a bloody pit bull attack, a Fresno woman says she's horrified to learn the same dog is being released back into her neighborhood.

The pit bull in this case could be released as soon as Saturday -- as long as the owner pays for quarantine costs and promises she doesn't get out again. But the victim says that's not enough.

A week after being mauled two blocks from their house, Cara Emes and her cocker spaniel mix, Gus, have overcome their injuries, but not the emotional trauma.

"There's just a lot of anxiety and fear, and it's sad to feel fear in your own neighborhood where you can't walk around the block," said Emes.

Pictures taken hours after the attack show Emes' dirty and wounded hands along with wounds her dog suffered. The pit bull responsible has been in quarantine at the SPCA and Emes just learned she's set to be released at the end of the week.

"They said in order for them to not take action, they'd had to wait for a second event to happen," said Emes.

The SPCA says it looks at prior history and the extent of injuries when making a decision. In this case, the pit bull isn't considered vicious.

"We've had the dog here at the shelter. She's actually very sweet. She does like other people. Unfortunately maybe she just wasn't dog friendly... and so when she rushed the owner, it was more like rushing towards the dog," said Thalia Arenas, Humane Educator, SPCA.

But Emes says her experience with the animal was drastically different. And while the dog's owner has offered to pay for medical expenses, Emes says it's not about the money -- but about safety.

RELATED: Woman and her dog recovering after being attacked by a pit bull in East Central Fresno

"They're showing they have an intention to fix the situation so it doesn't happen again," said Arenas.

"Even if it's never happened before, we don't know that it can't happen again. Because something went wrong in this dog's brain, obviously, for it to just fixate, unprovoked, it wasn't even at its home," said Emes.