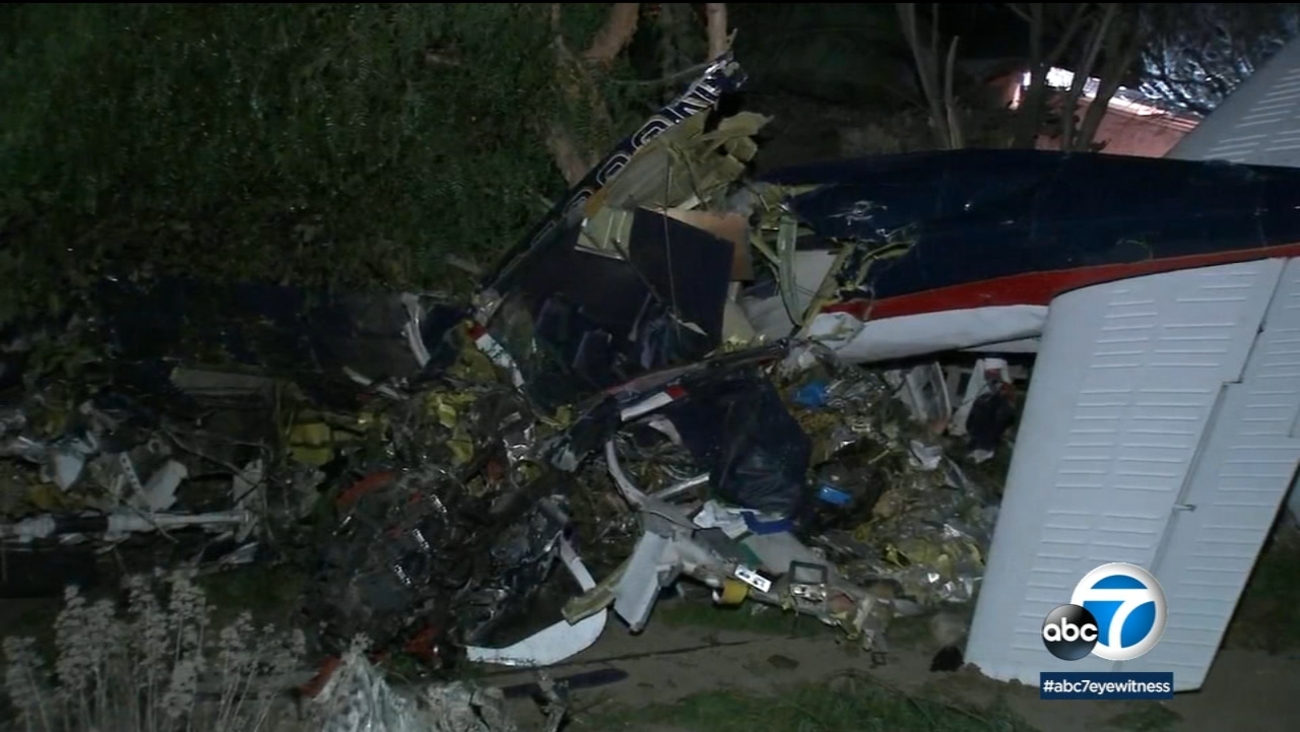 A small plane crashed into a residential backyard in Riverside on March 16, 2019.

RIVERSIDE, Calif. -- A pilot has died after a small plane crashed into the backyard of a Southern California house.

A spokesman for the Federal Aviation Administration said the twin-engine Beechcraft BE50 crashed in Riverside shortly before noon Saturday after the pilot reported engine issues.

Riverside Fire Capt. Brian Guzzetta told the Press-Enterprise no one on the ground was injured and debris from the plane caused minor damage to nearby homes.

Guzzetta said the plane caught on fire, and the flames did not spread to the house.

FAA spokesman Ian Gregor said the plane was flying to the town of Apple Valley from Chino, located east of Los Angeles.