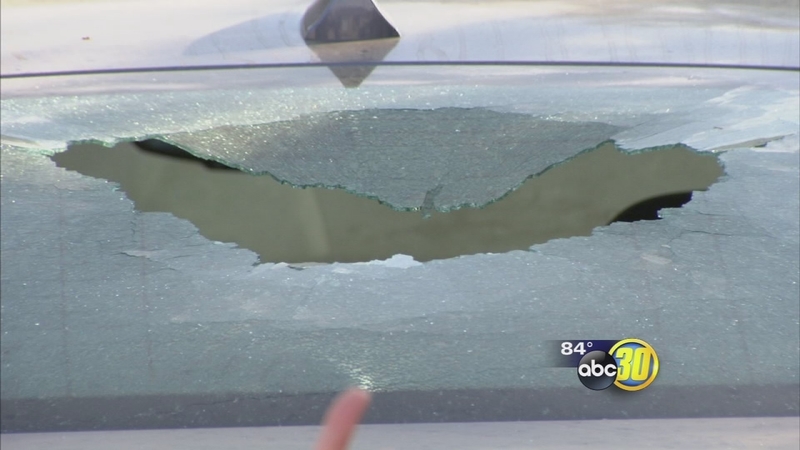 FRESNO, Calif. (KFSN) -- Residents say parts of a plane came crashing down into their Central Fresno neighborhood on Sunday afternoon. Damage was left behind near Swift and Barton avenues, including a shattered car window.

A spokesperson for the Federal Aviation Administration says a twin-engine jet took off from Fresno Yosemite International Airport, then reported a left engine failure and returned to the same runway. It appears some of the engine parts fell off the plane during that time.

One woman says she heard a loud boom that shook her house just before the debris dropped out of the sky. "So I came out to check everything out, and then I turned around and looked at my car, and I had a hole in the back end; the windshield was busted out," said Jeanette Sanders.

"Regardless of where the metal came from, we're definitely very fortunate that no one was injured today," said Sgt. Steven Jaquez of the Fresno Police Department.

Fresno police responded to several 911 calls after the incident. Officers arrived to collect the chunks of metal and process the scene, but they say residents had already gathered up most of the pieces, so they were handed over in bulk.