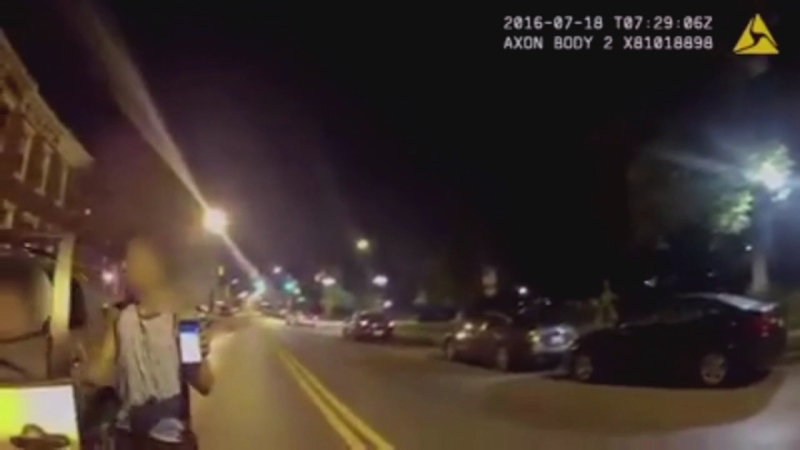 BALTIMORE -- A driver playing "Pokemon Go" was caught on a body-camera crashing into a police car in Baltimore.

The video shows three officers standing next to the patrol car when an SUV slammed into rear of the vehicle at about 3:30 a.m. on Monday.

The Toyota RAV4 pulled over and the officers approached the vehicle and driver.

Officers could be heard asking if the driver and his passengers were OK.

The driver, who was out of the vehicle, showed his phone to the officers, which appeared to show he was playing "Pokemon Go," and he stated, "That's what I get for playing this dumb (profanity) game."

Luckily no officers were inside the patrol car at the time of the crash.

The driver and his passengers were not injured in the crash.