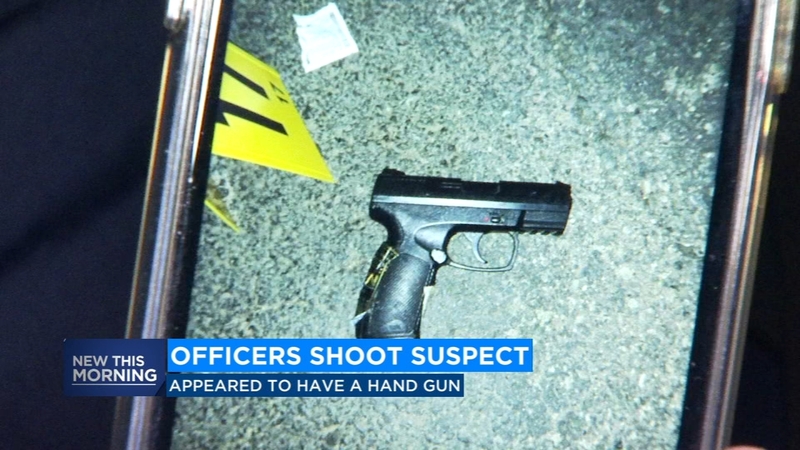 FRESNO, Calif. (KFSN) -- Two Fresno police officers shot a man they believed was armed with a gun and running away from them in southwest Fresno late Friday night.

A security guard called the police when he saw a man with a backpack in the parking lot of the closed Manheim Central California car auction at Marks and Ray Johnson Drive at about 11 p.m.

Officers say the man had what looked like a handgun and they told him to drop it, but he wouldn't, so one of the officers fired three less-lethal rounds at him.

They don't know if anything hit him, but he ran away from them after those shots and that's when a sergeant and an officer opened fire, hit the suspect, and arrested him.

Officers say his weapon was actually a replica gun -- either a pellet gun or a BB gun.

They're now investigating what he was doing.

Officers haven't publicly identified the suspect, but they say he's in his mid-30s.

The officers shot him twice, but he's expected to survive his injuries.

Police say the sergeant and the officer fired several rounds, but they're not sure how many. They wore body cameras, so investigators are reviewing the video.

They also have two independent witnesses.