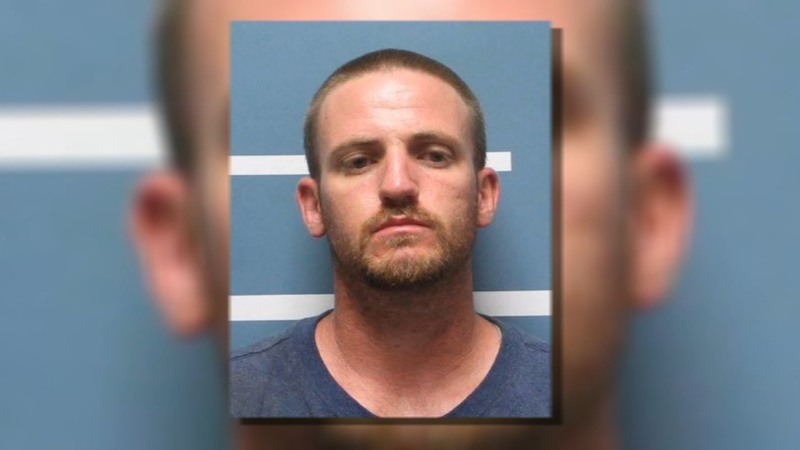 VISALIA, Calif. (KFSN) -- Police say 29-year-old Kyle Tippett would steal catalytic converters from parking lots around the city of Visalia, including the north side Target, Redwood High School (while school was still in session), and College of the Sequoias-where once, he was caught on surveillance cameras.

"Tippett would park next to a vehicle that he had selected, during the early morning or evening hours, crawl under it, use a hand tool to cut the pipe of the catalytic converter and sometimes an electric drill to remove bolts," said Visalia Police Sgt. Gary Williams.

On Wednesday, Police tracked down Tippett to the same Target parking lot as he was on his way to meet a relative for lunch.

They say they found items on him used to steal the devices, and believe he was selling them to smog shops and for scrap.

Catalytic converters have expensive precious metals inside them, including platinum, and depending on the car, can be very costly for owners to replace.

Police think Tippett stole at least ten of the devices within the last month, but also believe he was working with other thieves.

As they continue to investigate the case, police encourage everyone to use common sense when they see someone working underneath a car in a public parking lot.

Because more than likely, they're not doing any sort of repairs.

They're stealing the catalytic converter.

"We would much rather go out there and it be nothing than have somebody see it and not report it and somebody get away with that and cost that owner of the vehicle quite a bit of money," Williams said.

Tippett is being held at the Tulare County Jail.