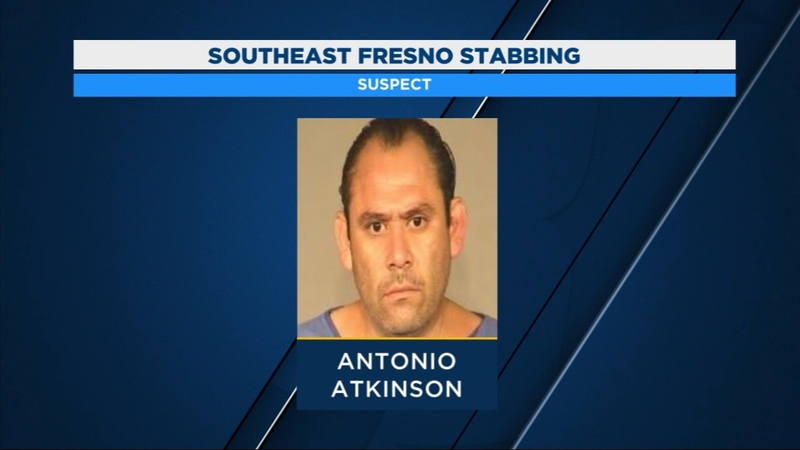 FRESNO, Calif. (KFSN) -- Authorities have revealed the suspect and victim identities in a deadly Southeast Fresno attack. They said 54-year-old Reynaldo Hernandez was sleeping in the living room of a home near Garrett and Whitney when he was stabbed in the face at about 1:30 Wednesday afternoon.

That suspect has been identified as 33-year-old Antonio Atkinson, who was a family friend to Hernandez. Detectives said Atkinson stayed in the garage where earlier in the day witnesses said he had started acting strangely.

Just after the stabbing police said Atkinson ran from the home. He was arrested in the area of Chestnut and Church.

Hernandez died at the hospital.