Police chase ends in crash in northeast Fresno, suspect still on the loose 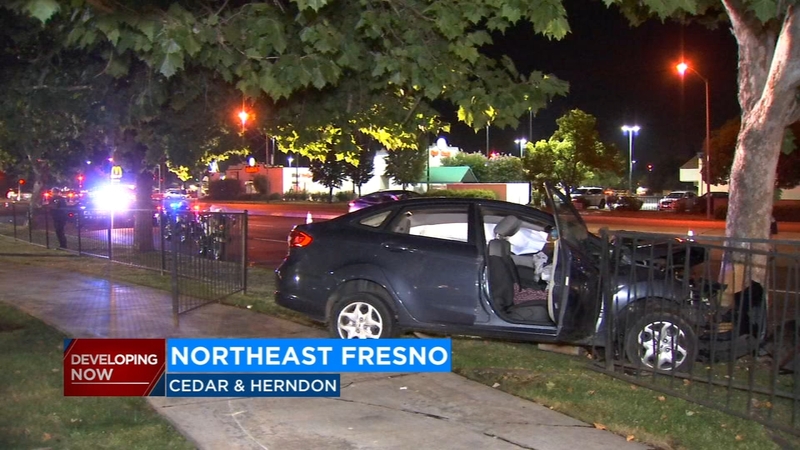 Police chase ends in crash in northeast Fresno, suspect still on the loose

FRESNO, Calif. (KFSN) -- Fresno Police are searching for a suspect who led Clovis and Fresno officers on a pursuit that ended in a crash in northeast Fresno.

Clovis officers notified Fresno Police about a driver suspected of stealing a car that was headed toward Cedar and Herndon before 9 p.m. Thursday.

Police say the driver of that vehicle ended up crashing into another car after running a red light at Cedar Avenue.

The car then stopped in front of John's Incredible Pizza.

Four people were in the car, but one man jumped out, leaving two men and a woman inside.

Fresno Police soon received reports that he went inside an unoccupied room inside the pizza shop.

Surveillance video showed several ceiling tiles moved, but after searching, police believe the man was able to get away.

The three other people in the car went to the hospital for treatment.