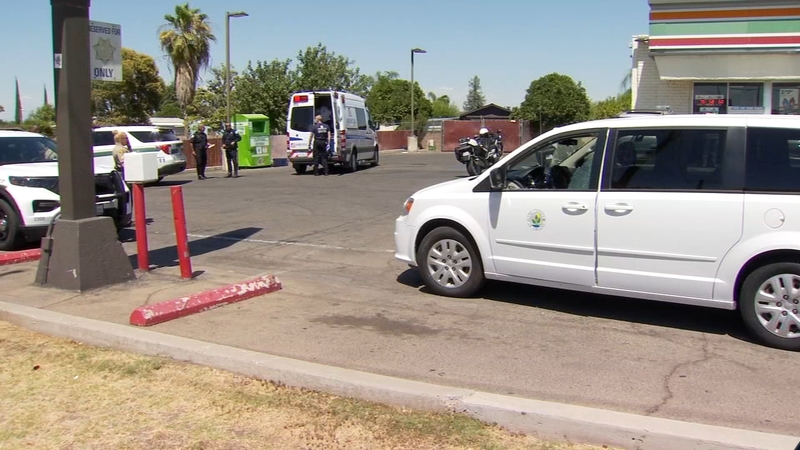 FRESNO, Calif. (KFSN) -- A suspect is behind bars after stealing a Fresno County van and leading deputies on a pursuit through southeast Fresno.

Sheriff's deputies say a Fresno County health worker parked their van with a client inside at the Exodus Recovery Center along Kings Canyon Road.

That's when they say a woman leaving the facility then jumped in the parked van.

The client inside got out -- moments before the suspect sped off.

Sgt. Jennifer Mathis says she, other deputies and Fresno police officers were able to block the suspect near Cedar and Church.

The suspect, however, still tried to get away, and hit Mathis's unit along with another driver's car.

Mathis says she was forced to break the glass of the suspect's car -- because she wasn't getting out.

"They were out of it, they weren't sure of what was going on," she said. "We broke the window because there were more cars around and were worried they'd take off, so it's a huge hazard to the public."