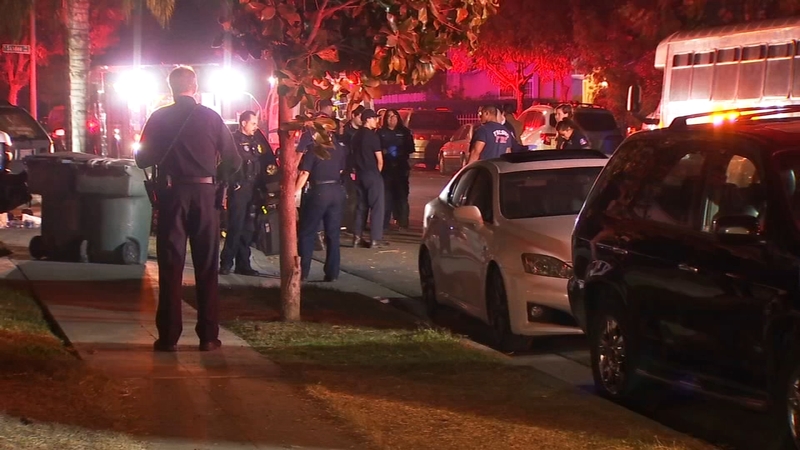 FRESNO, Calif. (KFSN) -- One week after a deadly mass shooting, the search for the gunmen continues. Ten members of the Hmong community were shot, four of those victims were killed in the tragedy.

Since the deadly attack, officers have increased patrols and connecting with those impacted by the violence.

"That's one big thing, we want to make sure that we are showing a presence in those neighborhoods," said Fresno Police Sgt. James Rossetti. "We want to be in that neighborhood to create a sense of calming for the citizens and residents that live there."

According to police, at least two suspects opened fire on a group of men who were at a football party last Sunday night

A week later the suspects are still on the run and increased patrols continue.

"We are here for them, we want to stabilize the area, we want a high presence there, we want to deter any form of retaliation," Rossetti said.

Since the shooting, families have held vigils every night. Candles burn in front of the home where tragedy struck.

Police have stated those who lost their lives were not associated with a gang, but as a preventative measure an Asian Gangs Task Force was created.
"We're going to be making contact with individuals in these areas and sometimes it is enforcement," Rossetti said.

As the investigation progresses, police are asking for the public's continued support.

With the new contribution pledged from the city of Fresno, the Crime Stoppers reward has now increased to $56,000.

With Hmong New Year only a few days away police want to let the public know that they will have an increased officer presence at the event.

A victims' relief fund has also been created to help the impacted families.