Man's body discovered in burning car, Madera police say it may have been an accident 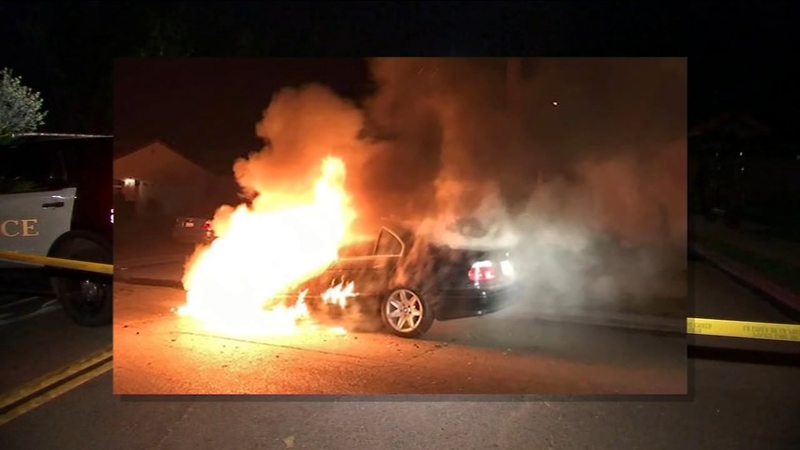 FRESNO, Calif. (KFSN) -- A picture captured what looks like a ball of fire consuming the front portion of this early 2000's BMW.

Investigators say the victim, 33-year-old Luis Echeverria had recently purchased the car when detectives say what appears to be a mechanical problem caused the slowly progressing fire.

Based on the arson investigator, the fire did start in the engine compartment. The actual engine itself is almost completely melted and gone.

Detective Sergeant Mark Trukki said video collected from a neighbor a few doors down shows smoke gradually filling the night sky until minutes later a visible fire is seen followed by an explosion.

Firefighters also discovered the ignition key was in the 'on' position at the time of the fire.

"Based on the witness statements, the video that we have, in the course of the arson investigation, it does appear the victim was more than likely asleep, succumbed to the smoke and then the fire presented itself," said Detective Sgt. Mark Trukki.

Madera Police officers interviewed the friend who they say Echeverria was drinking with before the fire.

They said his statements are consistent with what the scene showed. No suspicious circumstances were found.

Pinpointing the specific problem with the car will be nearly impossible for detectives since there's not much of the BMW except for a torched shell.