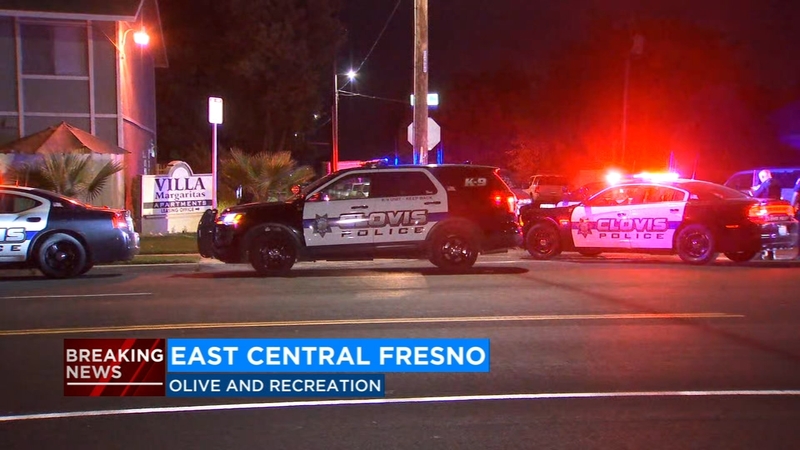 FRESNO, Calif. (KFSN) -- The search is on for a suspect that led Clovis Police on a chase that ended outside of an east central Fresno apartment building.

Officers are looking for the suspect in a neighborhood near Olive and Recreation.

Police say officers attempted to pull over the driver because they suspected he was selling drugs. That's when he took off.

The chase came to an end when the suspect jumped out of his car and ran into an apartment complex.

Fresno officers have joined Clovis officers in pursuit of the suspect, and a perimeter has been set up in that neighborhood to find the man.

During the search of the suspect's car, officers found drugs and a weapon.