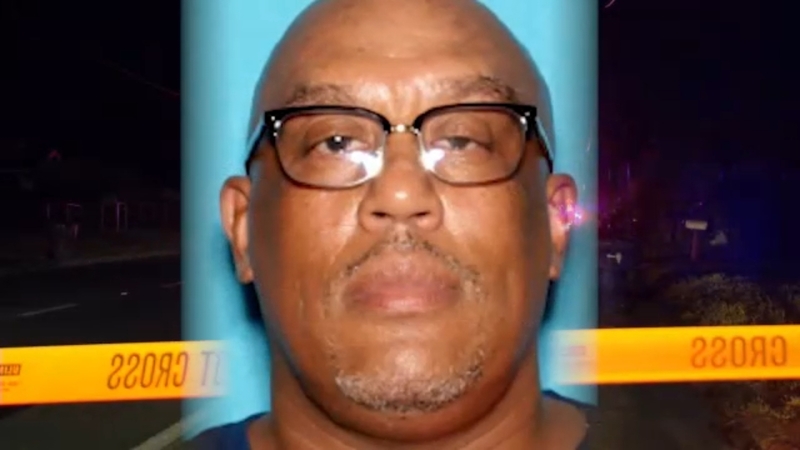 FRESNO, Calif. (KFSN) -- A suspect was injured after being shot by police officers in southwest Fresno on Thursday night.

The incident began just before 9:00 pm when officers were called out to a shooting on Gearhart and Fairmont Avenues in northeast Fresno.

When they arrived, they found a 59-year-old woman who had been shot in the upper body.

She told investigators the suspect was her 50-year-old ex-boyfriend, who Fresno Police Chief Paco Balderrama identified as Robert Lee Davis Jr. on Friday.

Davis Jr. had taken off in a vehicle, and a short time later, officers in southwest Fresno had spotted what appeared to be his car.

Officers attempted to pull Davis Jr. over near Plumas and Oleander, but he sped off. Officers chased until he crashed into a fence at Whitesbridge and Amador near Chandler Airport.

Chief Balderrama said as the officers approached him, he fired multiple rounds at them. The officers fired back at Davis Jr., hitting him three times.

"Officers approached the suspect. A K9 was deployed. The K9 was able to take the suspect away from the original area where he laid, dragged him towards the officers, at which point the officers took him into custody," said Lt. Israel Reyes.

Balderrama said investigators recovered an AR-15 rifle that had been modified and an extended magazine.

"This was an extremely dangerous situation," Balderrama said. "The only reason why this incident was not worse was because the suspect's weapon malfunctioned."

The chief added: "He should have never had possession of this firearm for various reasons. It's an illegal firearm, it's modified, it has an extended magazine and he's a convicted felon. He should not have access to this type of fire power."

He said Davis Jr. had an extensive criminal history, including domestic violence and robbery.

Balderrama said the shooting in northeast Fresno stemmed from a domestic violence situation. The woman was rushed to a hospital and is expected to recover.

"He and the victim had a history of domestic violence - approximately three incidents that occurred within the last three months," said Balderrama.

EMS and Fire crews arrived and took Davis Jr. to Community Regional Medical Center in downtown Fresno for treatment. He is expected to survive.

On Friday, Balderrama backed the three officers for the way they handled the tense situation.

"They managed to follow him until he crashed out. They got a perimeter, they were able to communicate, they were communicating very well with where the suspect was going, that he was shooting at them and ultimately they were able to neutralize him and without him losing his life," the police chief said.

The three officers who took part in the shooting will be placed on paid administrative leave until the investigation is concluded.

If you are the victim of domestic abuse, or you know someone who is, there is help available 24/7. In Fresno County, call the Marjaree Mason Center at (559) 233-4357. In all other locations, call the National Domestic Violence Hotline at (800) 799-7233.
Report a correction or typo
Related topics:
fresnoofficer involved shootingshootingfresno police departmentdomestic violence
Copyright © 2021 KFSN-TV. All Rights Reserved.
More Videos
From CNN Newsource affiliates
TOP STORIES