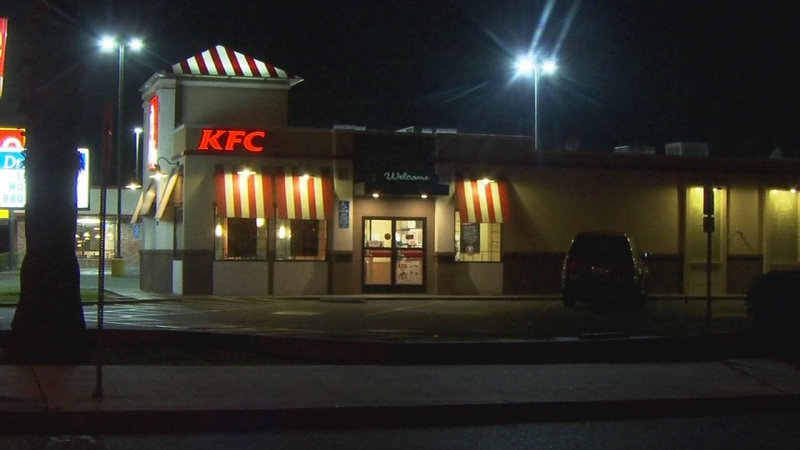 FRESNO, Calif. (KFSN) -- The search is on for three men after police say they robbed a Kentucky Fried Chicken Tuesday night and made off with an undisclosed amount of cash. The crooks got away, running northbound before police could arrive.

"The three suspects entered the store, one was armed with a rifle, he jumped over the counter and held the cashier at gunpoint and demanded money from the register," Lt. Mark Hudson of the Fresno Police Department said. "These three suspects were described as young, tall, medium build, light skin black males, probably about their 20's."

This is now the second time a fast food restaurant has been robbed recently by a man with a rifle. The Taco Bell on McKinley, also in Central Fresno was held up less than two weeks ago.

Detectives previously released surveillance video from the Taco Bell robbery but are holding onto the KFC footage while they continue to investigate the case.

"The thing that separates them is they're quite a distance away from each other but it doesn't mean these same suspects didn't rob both of these stores so detectives are working on that," Hudson said.